I can once again apologize for being MIA/inconsistent and follow it up with a whole “I’m back” spiel. But I just wouldn’t be telling the truth. I’ve been all over the place, I can’t even remember what I was doing  a few weeks ago. This year is flying by and I can’t even believe we are already in April.

There are many reasons for my inconsistencies here on this blog. I always attempt to stick to a Monday/Thursday post schedule, but now I’m lucky if I get one post up a week, I get really super duper lucky if I get two up even on any random two days. That’s kind of why you’ll see a random Sunday post pop up, or a Tuesday post sneak in. Because I just so happened to have some time to do it that day. To be honest, I haven’t been writing much at all. And I just realized how much I’ve missed it.

Needless to say, I still haven’t gotten back into it. I stand in front of a classroom asking students to write and trying to inspire their creativity and yet I feel like a hypocrite because I myself feel so uninspired.

In February I hit a slump. And it pretty much lasted all through March too. The goals and ideas I had in the beginning of the year went out the window, and the promises I made to myself soon became forgotten.

I guess you can say that’s normal right? We often leave our resolutions in the dust of the January’s left over glitter.

But this felt different.

It felt like I was just constantly going through the motions of what I had to do. Then I got hit with a period of time where I was sick on an off for weeks. First I was treated for a sinus infection. Then after a bunch of back and forth between my doctor and urgent care, I was finally treated for the flu (as a precaution) and strep throat. To say I was done was an understatement. I was taking so many different medications and constantly feeling like I wasn’t present, feeling like my chest was so heavy and like I couldn’t breathe right. I stayed in bed for most of my days. I was even sick for my 27th Birthday. Super fun. Side Note: My mom did make me a kick ass chicken and waffles dinner though, which I was happy I at least got to taste a little. On top of it all, mother nature decided to rain on my pity parade and grace me with her presence.

So I was a mess. I was emotional, I was sick, I didn’t feel well physically or mentally. And because of all of that my anxiety was in full force, I felt like I was going insane. I just didn’t feel like myself for weeks. I really felt like I was spiraling into this weird depression, where I felt like there was something really wrong with me. Soon enough I started to come out of it and even though I’m not 100% out of my funk, I can safely say I feel 100% better than I did a few weeks ago. It’s so crazy the things that your mind can put you through. I was so frustrated at how I was feeling, because I knew the rationality was that I was sick and on medication and dealing with lady problems (lol) and I knew it was just the combination that was making me feel funky. My brain kept telling me not to make such a big deal of it all. People get sick, you’ll be better in a week. But my anxiety turned it into so much more.

I recently had off of work so I tried to cram a bunch of things into my week. Including meeting up with a few friends. And out of all the ladies that I spoke with, we all were feeling the same way. Stressed, anxious, unlike ourselves. And it got me thinking…you are never alone in what you feel. There is always someone who has felt or is feeling what you have/are feeling.

When you deal with anxiety, you become this prisoner in your own mind. As my friend put it, you start to live in your head. And although the mind is a beautiful, powerful thing, it can also be something that can literally break you down and tear you apart because it’s so powerful.

So that brings me to my next point. Seasonal depression is a thing.

Seasonal Depression is also known as –Seasonal affective disorder– A mood disorder characterized by depression that occurs at the same time every year.

And when it comes to the Winter season (especially in New York) you can gather how many people may be experiencing this. It stays cold and dark out longer, there’s less opportunities to go out and experience sunlight. Often people stay in doors to avoid the cold temperatures or the snow. You know the snow that falls in March and April when it should be Spring. And your social life becomes sullen. Your left with isolation at times and if you deal with anxiety- your worry sets in and you begin to drown in your racing thoughts. Not to mention that NY whether is so unpredictable that you could be thinking Spring is right around the corner, wearing light jackets and then it snows and you need a winter coat again in a day.  That’s enough to put anyone’s body in shock and confusion. Not to mention that the flu season this year has been atrocious. EVERYONE has been getting sick. Gosh, I really thought I was going to escape it, I usually have a strong immune system. But in general my anxiety has peeked these past few months and I imagine that left me a little more susceptible. Never the less, I am slowly, but surely coming out of my funk, and I am finally starting to feel like myself again, and it is time I try to manage my time wisely.

So I won’t make any promises here. I am actually going to just say now that the Monday/Thursday schedule is on hold for now. I will try my best to at least post once a week. I just have a lot going on with weddings, and showers, and family and work and I realize I can’t always be perfect at doing it all at once. And that’s okay. We all could benefit from giving ourselves a little grace at times. At the end of the day, you can only try your best.

But as I said before, I do miss writing, so I’m hoping to make it more of a priority for me.

Bethany Joy Lenz is one of my biggest inspirations. Not because she’s perfect, we all know that no one is perfect. But because she is real and she owns it. Her talent in acting, painting, fashion and above all else singing knows no bounds. She is a fierce female. 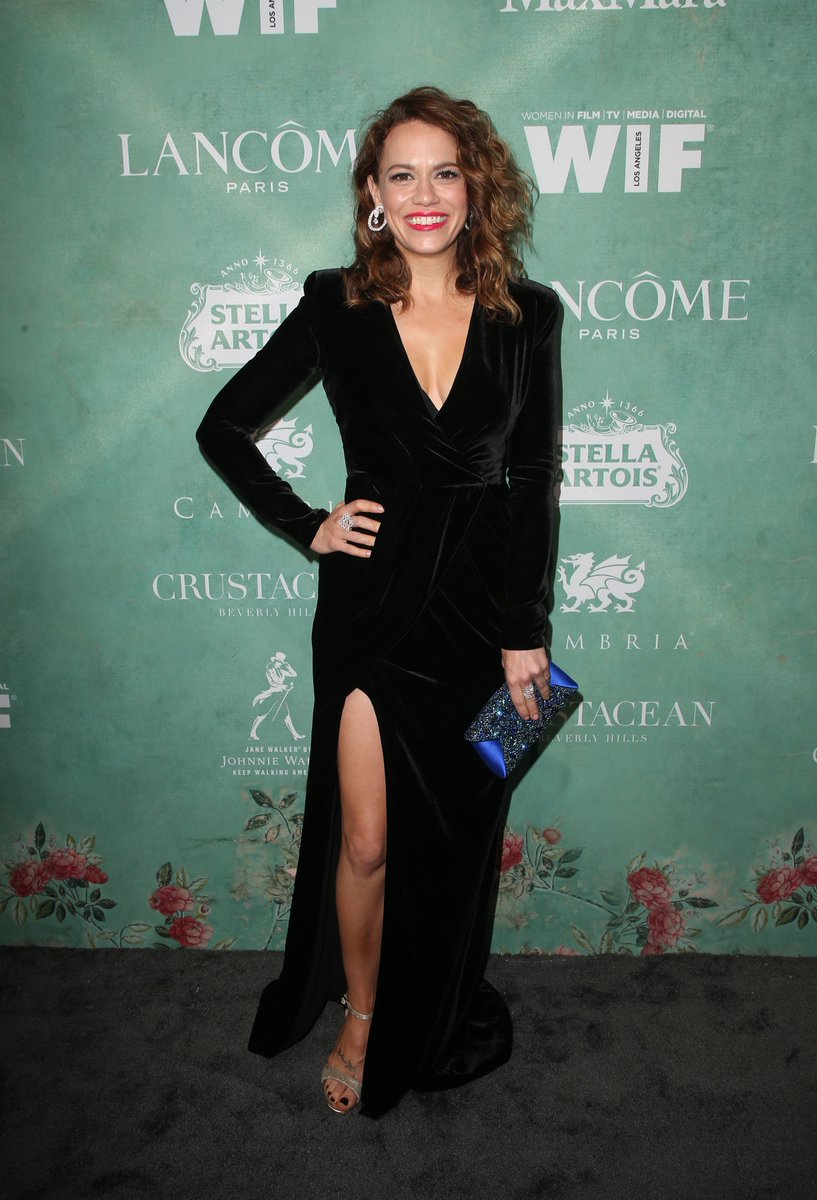 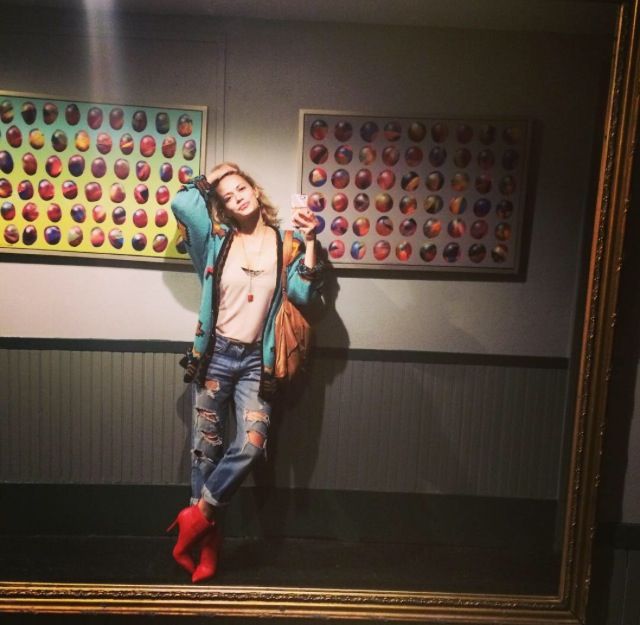 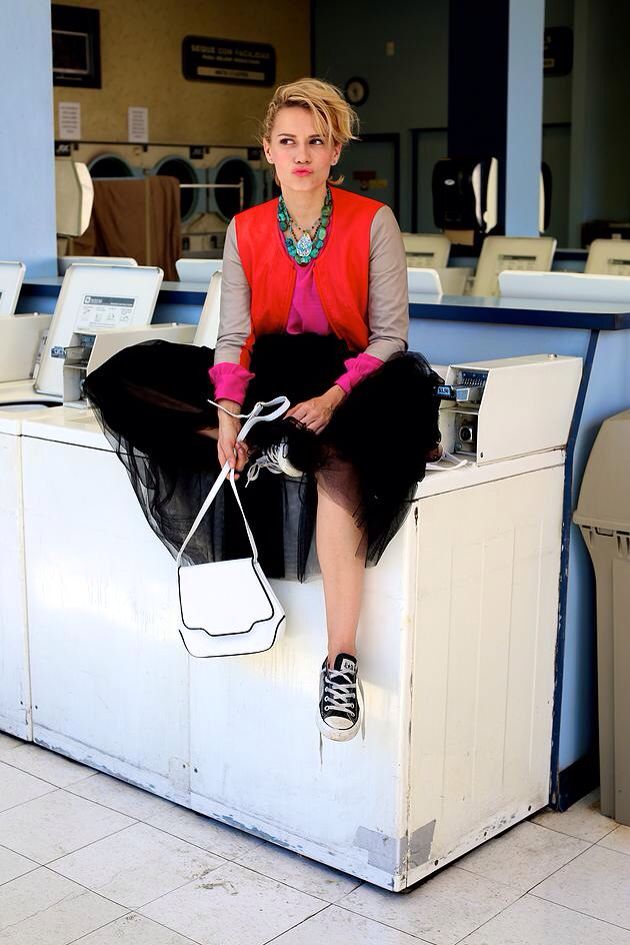 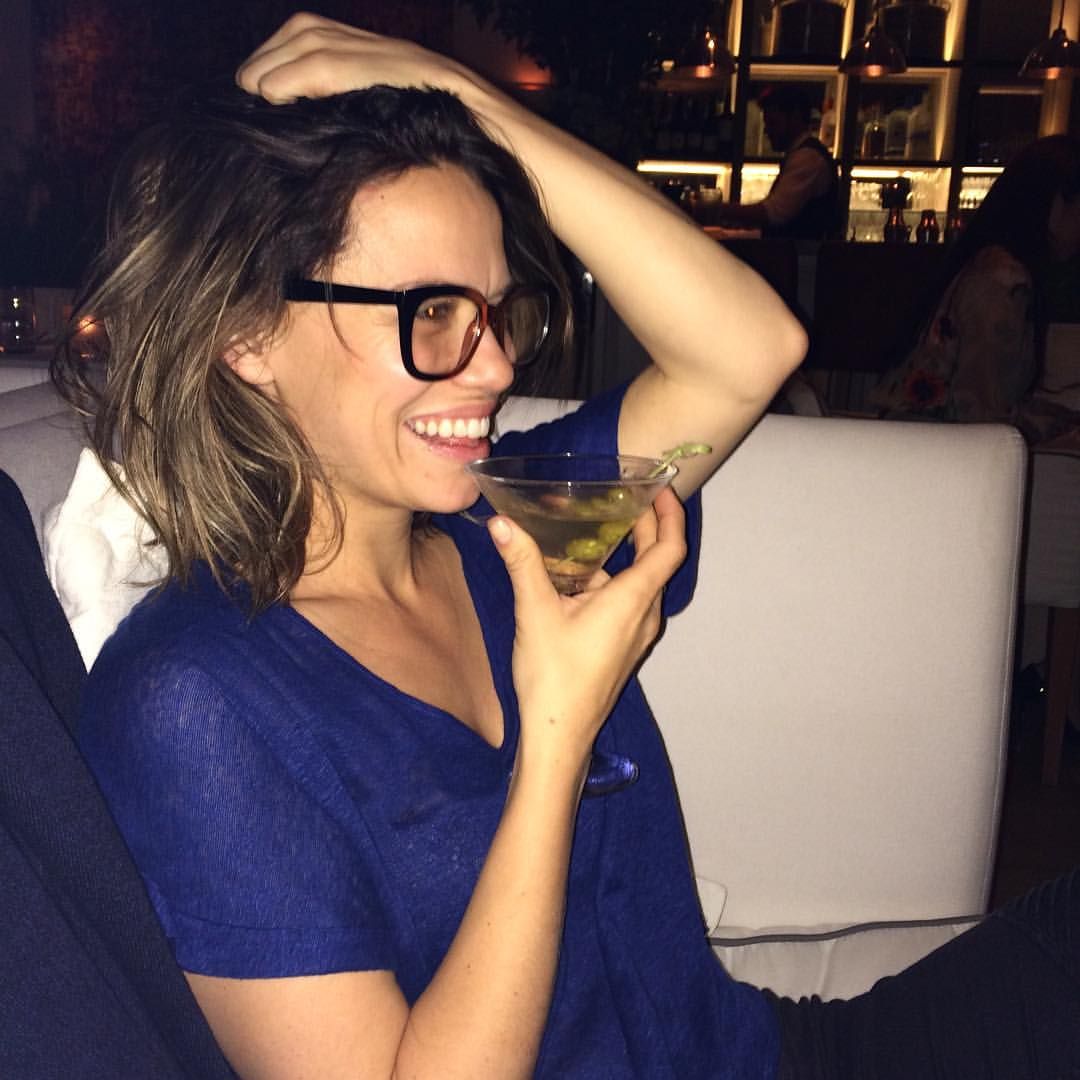 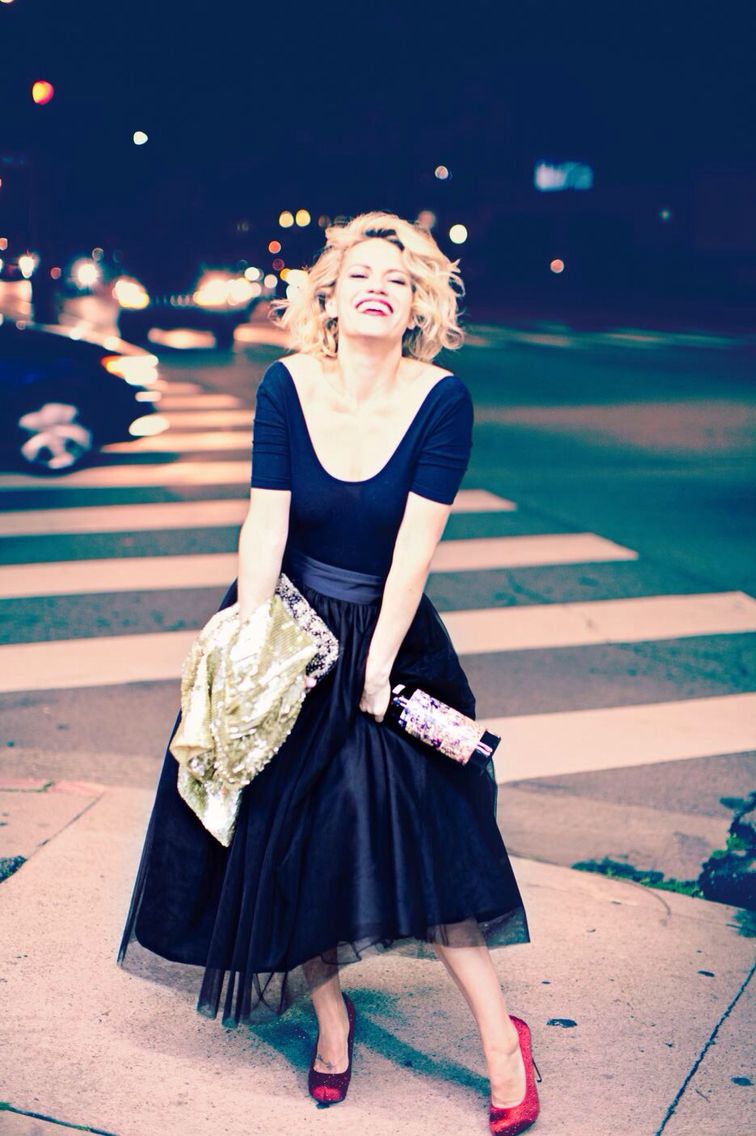 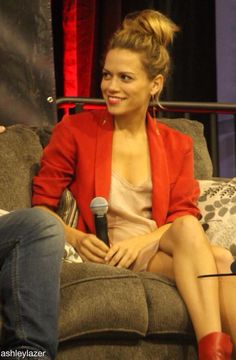 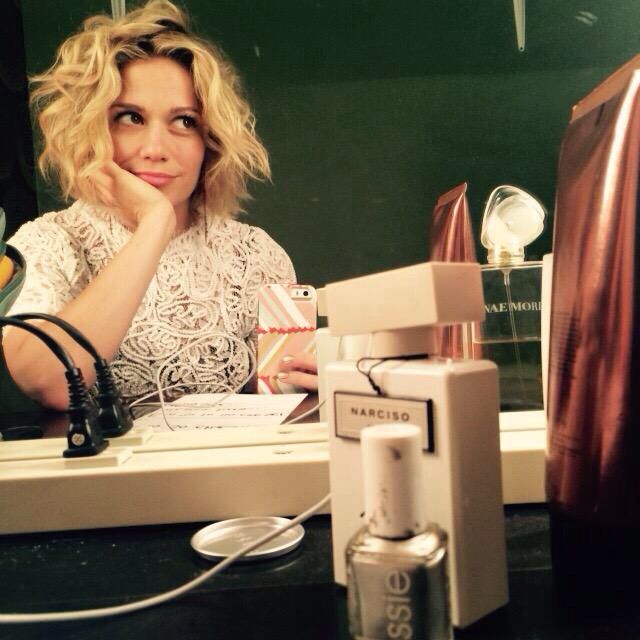 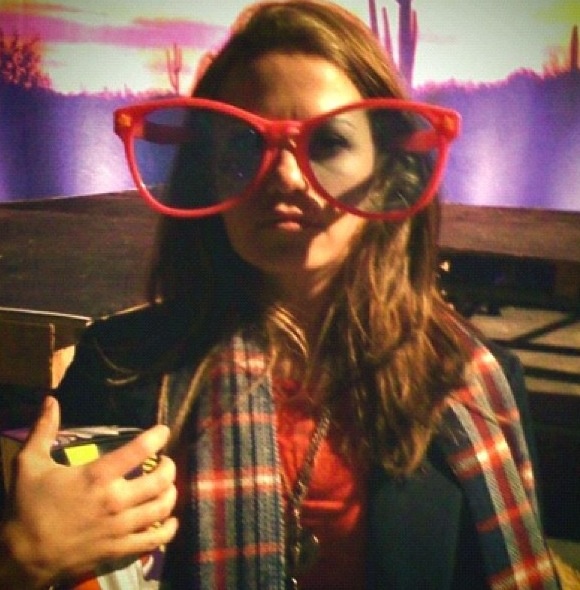 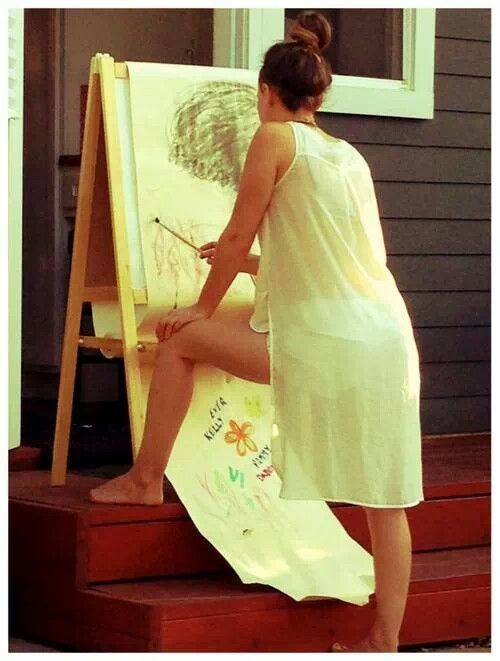 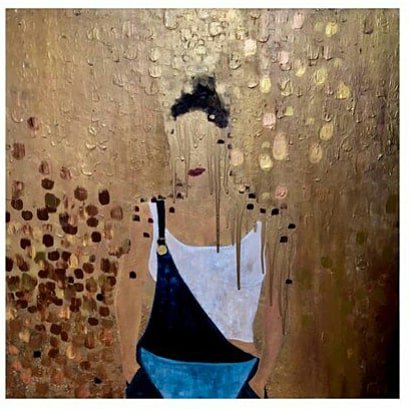 * I do not take credit for any images used.*