There are often so many areas of life we feel we need to be good at all the time. And often times we struggle trying to make that happen. It’s impossible. You can do anything but not everything. You can be anything, but you can’t be everything, to everyone, all the time. If you try to, you will break.

As the summer nears its end, the self-bashing comes for not doing half of the things I wanted to. Summer is kind of like New Year’s Eve in that way, don’t you think? We make so many promises to ourselves and then life happens.

I’ve been really thinking about my relationship with video and film making. And because of this, I’ve learned a few things. I wanted to get really real with myself about this topic.
To back track just a bit, I have a Bachelor of Arts degree. I studied Mass Communications with a concentration in Film and Broadcasting. The dream-the goal- to write for television. And yet when I look at all the video projects I’ve actually finished…the total number is not many. Many unfinished scripts/ideas for scripts collecting dust too!

Back in college, I had to do a few projects- one was a music video which I did for The Civil War’s Poison & Wine and the other was a concept video which was about throwing away stereotypes- it was very abstract and I titled it “Tearing Down The Label Makers.” Then I worked on my thesis which as you may know was a documentary about a day/or days in the life of my Grandmother who had been struggling with Alzheimer’s disease. I did two versions of that for two separate classes- one was the full version, and one was an abridged trailer version entitled Vai Com Deus.

Neither the music video nor the concept video have been uploaded to YouTube, although considering these two were my very first video projects I am still very proud of how they came out and the messages behind them. I’m seriously considering sharing them.

During my college years I also attempted to shoot a script I wrote called Dumb Luck. A lot of time and production went into that but, it never got finished and the footage has been difficult to revive since my college computer died on me and I’ve gotten a new one. I am hoping to revive that and get that up, it’s super raw, you can tell I was just starting out but the story is juicy. We only got to shoot the montage sequence. But a few years ago I shared the script, if you’d like to read that…click HERE. 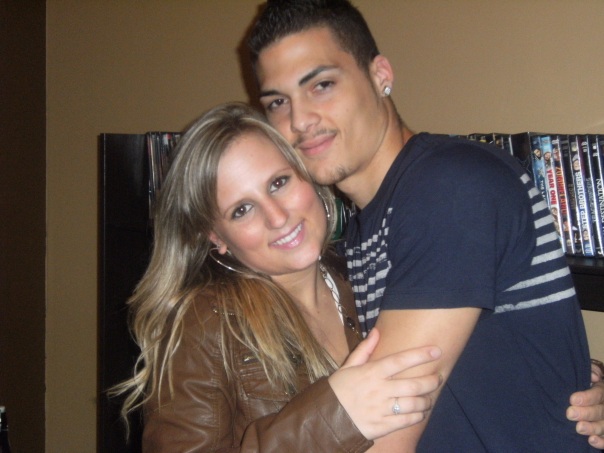 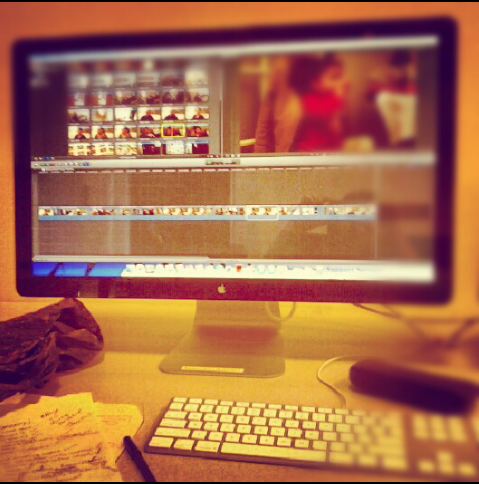 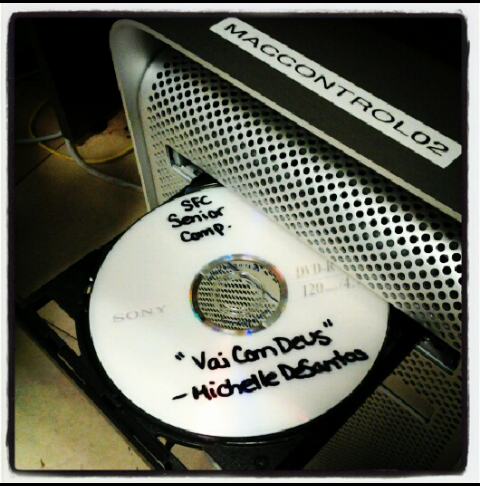 Since I graduated I’ve done a few little side projects that are actually finished- I shot a yoga video for my cousin, a poetry video for MLW- to name a few and a couple of vlogs. The vlogs are less planned and less cinematic that’s for sure.

Yoga Video Shoot (this is not available to watch,  even though she was happy with the result-the video was for a school assignment and my cousin didn’t want it uploaded.) 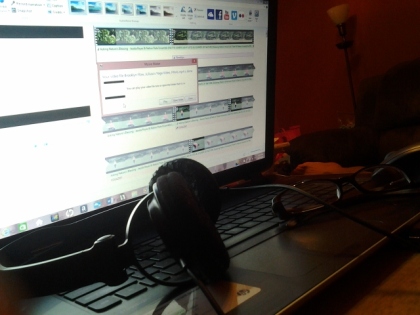 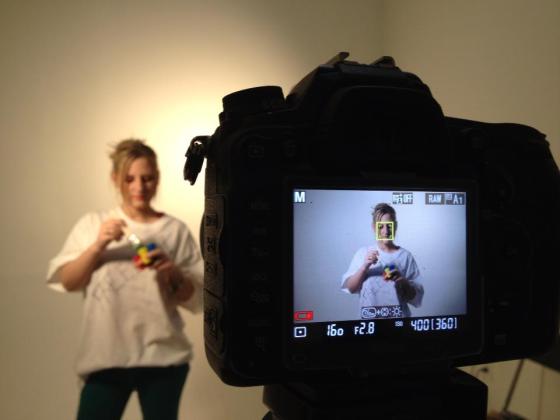 Then there are more video attempts- there are bits of footage shot for a zombie horror short that my brother and I had been working on. We even got as far as building a timeline of the clips in editing, but then…life. Life came in, things got busy, I got distracted and something else needed my attention. 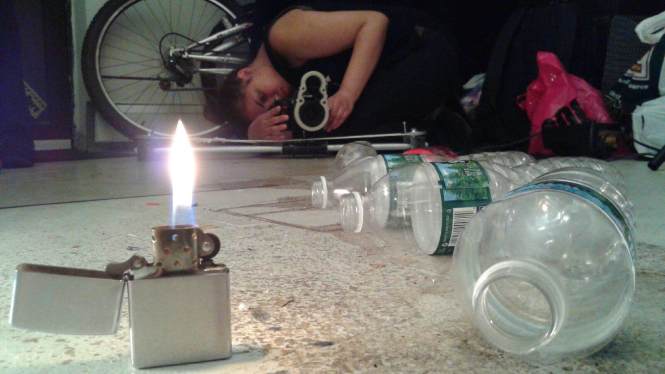 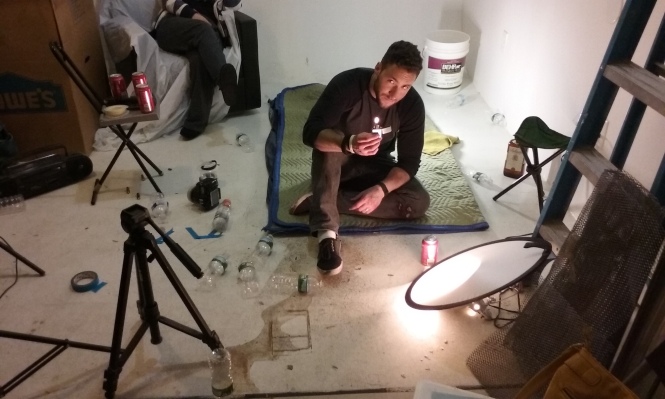 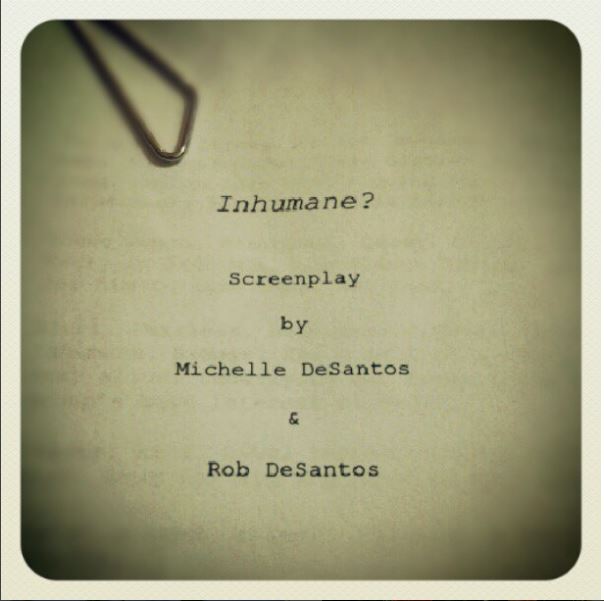 Its 4 years now since I graduated and it seems that every time I get close to the idea of shooting something- I may do well for a brief time but then cue the rut.

The other day I was going through some old paperwork and things, trying to organize my room and I came across some old scripts and video treatments/storyboards. Both were horror related. One the zombie short titled Inhumane, the other titled Head Over Heels (which I think would be a bad ass Halloween upload). And when I see these scripts and how the planning process was beginning it makes me want to get back into video. But then I hit a wall and the reality sinks in. There’s just no realistic way. For the past-I want to say 2 years- I have been well involved/invested in the engagements, weddings, bridal/baby showers of many people that are very close to me. And I have had to really dedicate my time and my funds to them. When I think about doing something short/simple- I think how I don’t have the actors, or the equipment, to do so.

I know I’ve mentioned this before, my brother is a photographer and he has a lot of equipment that I’ve used in the past. But I’m very weird about using it, mostly because he’s very particular about it, lol. And I get nervous I’ll do something wrong! And so because of that I am very weird about asking him for help. I feel like it’s a burden, especially now that he is newly married and he and his wife are expecting their first child. Even though he has been hounding me to get back into shooting Inhumane, I know he simply doesn’t have the time, we don’t have the people, and quite honestly there are just so many other things I’d love to shoot instead. #HeadOverHeels #MysteriousAttractionTeaser

I also don’t have the best sound equipment or the best editing software either so it’s kind of like a million things weighing against me. I know this may seem like I’m complaining and I’m not. I don’t want pity. I understand that life is fast paced and ever changing. I love being asked to be part of special moments in people’s lives. People who mean the world to me. But sometimes when everything seems to happen all at once it can be very overwhelming. And we all know that I can get overwhelmed pretty easily.

I just think that in life you often have to prioritize and these things in my life have been coming one after the other and they need special attention. I’m the type of person who really wants to show up for you on your special day/ during your special time. My relationships with my family and friends are everything to me. And so I give 150% every time.

With my bank accountant taking some serious hits over the past few years, lol-so has my time management skills. I can multi task…sure…just ask my computer- I can have 8 different tabs open at once and hit all of them. But I can’t say with absolute confidence that I can multi task well all the time. I just end up overwhelming myself and needing to narrow things down. Focus on one thing at a time. Rightfully so…no? I mean how much wedding/baby events/ day to day responsibilities can one girl take at once. Ya know? It’s a lot. But thankfully, thank god it’s mostly beautiful, happy stuff, all deserving of celebration.

Needless to say I know there are ways around this funk I’ve created for myself. I know a lack of funds and time are a huge part of why video has taken a back seat. But I want to try and make some solutions to these problems.

ACTORS– ask people I know/ research sites that can help find actors willing to participate. Asking people you know, can be difficult, it doesn’t always work out. My film and video professor used to always tell us to have a plan B because people aren’t always reliable. I can’t tell you how many times I’ve asked family or friends to be apart of shorts and they cancelled on me because of work or life in general got in the way. It happens, I get it. But creatively, it’s heart breaking. Another thing to consider when filming is to keep the shorts abstract- quick cuts- simple images-Avant Garde it- experimental film, experimental cinema- a mode of filmmaking that rigorously re-evaluates cinematic conventions and explores non-narrative forms and alternatives to traditional narratives or methods of working.

TIME– make time- plain and simple. Plan it out, and stick to a schedule.

SPACE/LOCATION– keep it local, go where you know- use people’s homes, lol.

EQUIPMENT– use equipment you have, or ask to borrow equipment in advance.

EDITING SOFTWARE– use what you have and make it work.

When you’re just starting out, or easing back into something Don’t Expect Perfection! If things are a little janky, it’s ok, it’s better to shoot footage than not trying at all. And Vlogs do count. I’ve noticed I like vlogging when I have some cool things to do, I just have to get better at the editing turn around. Mini Vlogmas is still only partially edited.

As is the Gender Reveal Party Vlog for my brother and sister in law and a family trip vlog to Great Wolf Lodge we took last Summer. I also shot a bunch of footage of a Polar Express trip and my best friend’s engagement night. Really got to get back to editing!!!!

When things start to settle down on the wedding/baby front, I will start to save up for some new equipment. In the mean time, I just have to do it. Pick up the camera I do have and shoot something. Stop worrying about how crappy it might turn out and just dive in. I know I’ll feel better once I do. And the excitement and natural high of doing something I love will come back. I just need to do and stop second guessing, stop making excuses and just use the time I do have for myself wisely.

So here’s hoping to change my mind set! . No Scratch that- Wish me determination!

*All images and videos are my own.*