Recently I’ve been into watching The O.C. Seriously why that show never ran as long as One Tree Hill, I don’t know. They had some great storytellers writing for them. Seth Cohen is my favorite part of The O.C. He never failed to make me laugh with his need to fill awkward silence and need to use humor as a defense mechanism. The way I see it, he was the Jewish teenaged version of a Chandler Bing. He was always the sweetest, cutest, slightly geeky boy next door, that every girl could wish to fall in love with. Here are some of my favorite zingers from one of my favorite tv characters. Now The O.C. aired on FOX for 4 seasons. And 4 seasons of Seth Cohen makes for hundreds of funny, comedy kissed moments of perfection. But thinking at the moment, these come to mind.

“I was Nemo and I just wanted to go home.”

“Maybe I don’t feel like shucking the corn, maybe you should shuck the corn yourself old man.”

“Yoohoo, maybe just you…” & “Don’t blame me for your sexual tension.”

“I’m just having an allergic reaction to the universe.” * I couldn’t find this scene and I forget the context of this line, but it’s definitely typical Seth not being able to deal with life while feeling the need to talk about himself. haha.* 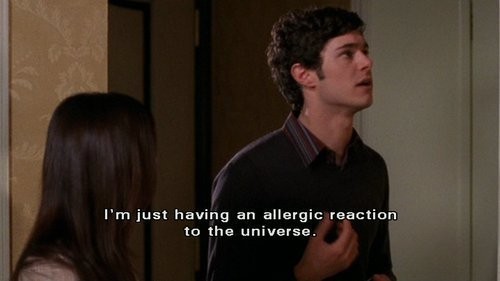 “Do it dad, Travolta’s your bitch.” *I couldn’t find this scene but basically they are having the usual Cohen family dinner with added additions Theresa and Marissa. Which Seth describes as a #Telenovela. And Theresa mentions how she and Ryan did musicals together as children, leading Sandy to mention he was in musicals as a kid too and he sang Grease Lighting. While Kirsten jokes to change the subject before Sandy starts singing. Seth in turn delivers the line. * 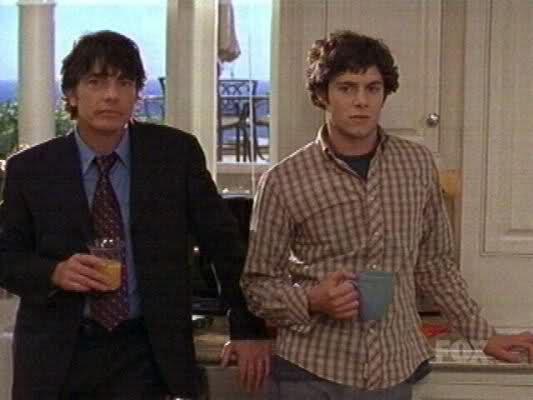 “Yu-freakin’reka Ryan.” *fyi the real song in this scene is “End of the Road” by Boys II Men which Seth says he’s listening to because it’s the saddest song in the world and fits his mood, of losing Summer. But in typical Seth fashion he comes up with a plan. *

Oh Seth Cohen, thank you for the endless laughter…

you my friend, are timeless.