I remember hearing something stirring up about Alicia Keys starting up her own #NoMakeupCampaign a while back, and I just now recently saw it in action at the 2016 VMA’s, and can I just say…. SHE. LOOKED. FLAWLESS. RADIANT. BEAUTIFUL. It was inspiring.

I could have just stopped there and I would have already made my point.

But in typical rambling fashion, you know a michelleleighwrites post is never short. So let’s talk.

After seeing how amazing she looked on that red carpet, I wanted to dive into the story behind this movement. So I found and read a few articles that dug a little deeper.

The most powerful thing I found was Alicia’s essay she penned for Lena Dunham’s online feminist newsletter “LENNY,”  entitled “Time to Uncover.” Her reasons for making such a bold choice stem from her own insecurities. Like many of us women out there, including myself, we have this intense pressure we feel to live up to a standard of beauty that the media inflicts upon us from a very young age. And the older you get, the more serious the impact can feel. I used to rarely ever wear makeup. Other then if it were a holiday or special occasion, I was usually make up free all the way up until my college days. And even then, I didn’t go the whole crazy route that you see makeup artists or beauty guru’s go nowadays. Don’t get be wrong I LOVE watching those videos just as much as the next girl, and I do think makeup can be this incredible artistic expression. But sometimes I just sit back and think “How much stuff are you putting on your face?” Even personally, when I sit down to do my makeup, sure I’m more of a drugstore makeup girl, but sometimes between the concealer, and the foundation and the powder and the primer, by the time I finish, it feels like it took me forever. 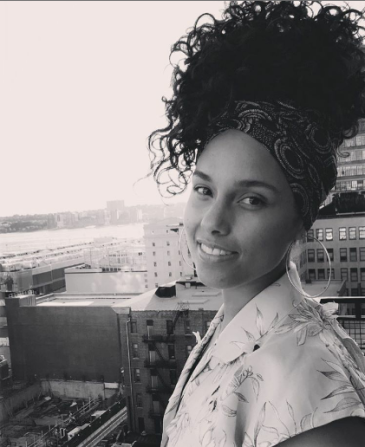 Watch Alicia discuss her movement in a radio interview with HOT 97- [@ the 2:05 mark]

Ever since I started working more regularly, and having to come face to face with more people each day, I’ve started doing a regular simple makeup routine. It doesn’t take too long and I like the outcome. But I’ve felt more of that pressure to have to put makeup on lately. I have started to really feel like I have to cover up my acne scars, blemishes and under eye circles. And I used to never really feel like that. I would just wash my face, moisturize and go. What happened to that? That freedom?

In Alicia’s interview she notes that going makeup free and sporting her bare face for all the world to see has been “a beautiful challenge.” Stating that the movement is about being yourself. She emphasizes that she doesn’t want this to be “taken the wrong way,” it isn’t an anti-makeup campaign it’s just a campaign to encourage women to feel beautiful in their own skin, “to be free, to be who you are, to be yourself.” She also states that she believes in being “perfectly imperfect.” 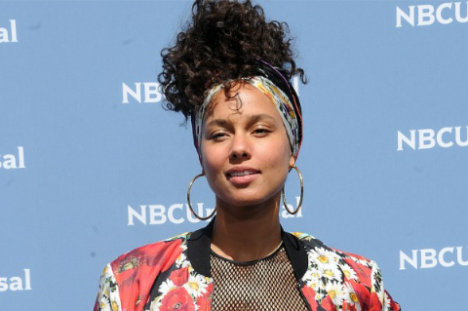 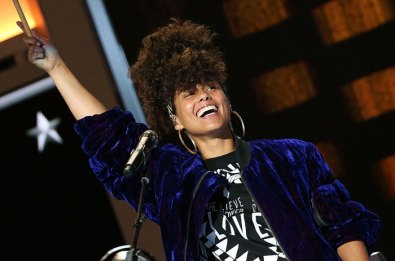 Alicia’s words-her message, has really resonated within me and I think it’s having an impact on many people. Even though I’ve seen she’s gotten some criticism, I am a complete supporter. Her husband is as well.

Alicia has said that this raw real no makeup movement was inspired by a photographer who was shooting her new album artwork. The photographer wanted to shoot her as is, free of makeup, just from the gym, in a head scarf.

Further explaining that the realness of her appearance will balance out with the realness in her new album.  I haven’t come across an album release date, but I will certainly be checking up on it, once it’s out!

Do your thang, Alicia. We get it. And we’re here to join. I know I am. Everything I’ve seen about her lately is filled with such beautiful messages, and inspirational good vibes. She seems so centered and happy, even though she admits to still working on things, aren’t we all? There is so much positivity she exudes that it’s beautiful to watch and it inspires. There’s a rich realness there and it’s freakin awesome that she’s from New York too!

*I do not take any credit for any music, images, videos used.*