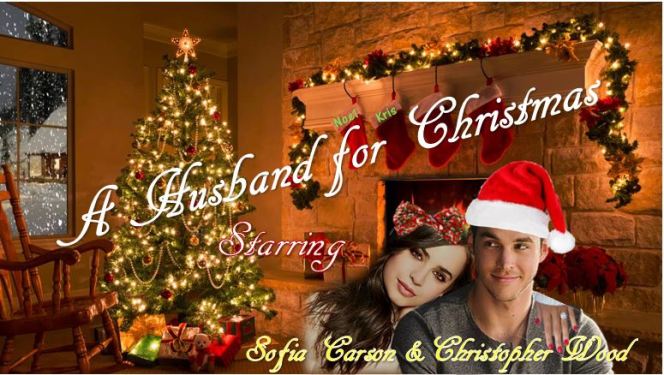 Kris drives up into the driveway of he and Noel’s house.

The snow covered lawn decked out in twinkling lights and Christmas lawn ornaments- Santa and his sleigh of reindeer.

“It’s beautiful,” she says hurrying to open the door.

Noel stops and looks at him, waiting.

“Are you sure your feeling okay?” he says his tone nervous yet sweet.

“Yes. I promise, I’m ok. Really. I’m sorry I didn’t mean to scare you like that. It was just so unexpected. I thought the first memory I would have, would have been something a little more positive. (she says with a small laugh as Kris nods with a small smirk) It just happened and then I started feeling really weird.”

“That’s ok, you don’t have to apologize for anything. Just please let me know if you start to feel that way again, okay?”

“Ok, I will.” she says kissing his cheek and then turning to open the door.

Kris walks around to grab the bags and takes Noel’s hand leading her to their front door.

“Wow, I love how festive it looks,” Noel says in awe as her eyes scan over the cottage like exterior, a beautiful wreath hanging on their door near potted poinsettia plants on either side of the mahogany door.

“That’s all you babe,” Kris says smiling and opening the front door.

“Wait I did this?” she says pointing to her surroundings.

“I mean as your husband, I was at least around to help with the schlepping, but this was all your vision.”

“Wow, I am good,” she says smiling as she winks at Kris.

Noel steps in and instinctively she’s hit with a feeling of familiarity. She has a glimpse of a memory…

Noel rushes up to her front door, Kris laughing as she drags him.

“I can’t believe we just bought a house…” she shrieks. Just as she’s about to touch the door knob, Kris stops her.

“Hey hey, if we’re gonna do this, we’re gonna to this right,” he says scooping her up in his arms.

“Oh my god,” she says laughing as she opens the door for him.

Kris rushes them upstairs as they fall onto the bed.

“We live together.” Kris says hovering over her, as he cups her face in his hands.

“We live together.” Noel screams excitedly, as they both laugh, Kris covers her lips with his own.

Noel stands at the doorway, frozen.

“Noel, baby…” Kris says waving his hand in front of her face. “Where’d you go?”

“I’m sorry, I…”
“Are you feeling that same way again?”
“Yea….I mean no not panicky, but just walking in here, I had this flash of… something.”

“Flash of what…” Kris says confused as he sets the bag down, he shuts the door and leads Noel into the living room, sitting them down on the couch.

“I saw you and me, walking into this house. You picked me up and carried me in, and we were talking about how we just bought the house and we just seemed so excited to live together” she says looking up at Kris.

“What?” Kris says his eyes still.

“Did that not happen?”
“No it did…did you remember that?”

“Yea, I mean not all of it but I remembered something, same with the accident, it comes in quick flashes. But hey… at least my memory is starting to come back!” Noel says overjoyed, smiling from ear to ear, grabbing Kris by the shoulders and shaking him as she bops up and down.

”Your memory is starting to come back,” he says excitedly as he pulls her into a hug.

Noel pulls Kris closer to her, “speaking of memories, let’s focus on making some new ones while we’re at it,” she says. Kris smirks and kisses Noel as a tiny sigh escapes his lips, things were finally starting to feel like home. “I miss you.” he whispers.

Noel’s lips find a certain familiar rhythm with Kris as they sit in the middle of their living room, surrounded by Christmas spirit. Their tree covered in ornaments, the smell of pine in the air, a gold star at the top, their chimney crackling with a warm fire, as Christmas songs play faintly in the background.

Kris leans Noel back onto the couch as he deepens their kiss, Noel’s legs and arms wrapping around his body.

“Does this house have everything on a timer, or something,” she says looking around.

“Remind me to thank Holly for setting this all up,” he says smirking.

Kris can’t help but fall into their familiar embrace as Noel smiles against his lips.

“What?” he says breathlessly looking down at her.

“I love when you don’t over think,” she says smiling as he puts her hair behind her eye, looking into her eyes.

Noel nods, covering his lips with hers with more urgency then the last kiss.

Kris kisses her as his hands slide up her legs, Noel’s heart beat quickens as Kris begins to lose his reasoning. His lips moving down to her neck.

“These are going to be the longest two days of my life,” she groans as Kris looks up at her.

“Damn it, I forgot we had to wait that long,” he says breathlessly.

Noel smiles, “In the meantime…you can just keep kissing me,” Noel says smirking.

“That can be arranged,” he smirks pulling her into him, as she jolts against him, she squeals welcoming his touch.

Noel and Kris lay kissing for what feels like forever. Noel pulls off Kris’ shirt as she looks over his body she smirks, noticing her name tattooed on the left side of his chest-near his heart. She runs her hand over it.

“When did you get that?” she asks.

“On our first year anniversary, you couldn’t decide what to get me, so you made me come shopping with you. And we were passing store after store, and then we passed a tattoo shop, and you made some joke about paying for me to get a tattoo. And then it kind of turned into more than just a joke.”

“I made you get my name?” she asks repulsed.

“No,” he says laughing “You thought I was getting a New York Giants tattoo.”

“But I don’t love them as much as I love you so…” he says smiling at her.

“And we weren’t even engaged at that point?”

“Well I knew you were it for me. So to me you were already permanent.”

Noel looks at him, as her eyes water, she reaches up, kissing him sweetly.

Needing to catch her breath, Noel moves, cupping his face gently she pulls away from him.

“Are you okay?” Kris asks moving away and staring at her. “Did I hurt you?”

“See I knew this was going to happen. I knew once we got home, I wouldn’t be able to stay away from you. I want you. I always want you. And now I’ve made you do too much too quick….and….”

Noel laughs and grabs his face in her hands, staring into his eyes, “I said, I’m fine. I just need a second to catch my breath,” she says smiling.

Kris kisses her cheek, “You think this has you fighting to catch your breath…just wait…you ain’t seen nothing yet,” he says kissing her long and forcefully as Noel’s body becomes like putty.

Kris smirks at her and he pulls her up to a siting position on the couch, “Hot chocolate?” he asks.

Kris smirks walking into the kitchen that overlooks the living room.

“I wish were weren’t but we kind of have to be,” he says smirking at her. “Any further and more clothes will come off, and before we know it, we’ll be going against Doctor’s orders,” he says laughing.

“Oh what, you can’t control yourself?” Noel teases as she saunters over toward the kitchen.

“Can you?” Kris says leaning over to her, his lips inches from hers.

Noel smirks, “I see your point,” she says laughing and turning away from him.

The sexual tension in the room heavy. Kris smirks as his eyes glaze over her retreating figure.

“In other non-sexual news, I think we should host Christmas!” Noel says excitedly as she spins on her heel to face him.

“Baby…” Kris says giving her an “are you kidding me you just had surgery” face.

“What? Come on babe, I know that you have your reservations, but I want to be around people. It can only help with my memory right?”

“Kris, come on!” she says pouting.

“What are you afraid to spend it alone with me?” he says looking at her.

“Well I mean this is the first real time, we’re truly alone. Maybe your starting to feel weird.”

“Hmm, are you sure that you weren’t the one who had a concussion? We were just making out,” she says looking at him with a puzzled expression.

“No stop. You my sexy husband are either drunk, insane, or sleep deprived.”

“I just worry about you,” he says wrapping his arms around her waist.

“Well then why don’t you ever listen to me, when I tell you what I want.”

“Ugh fine, your right. What do you want?” he says smirking.

“Well if we’re really being honest, I want you. I’d love to have you all to myself, making love all hours of the day and night. But considering we have to wait until Christmas Day to do so, we might as well give ourselves some kind of distraction. Because if we don’t it’ll seem like forever.”

“It already seems like forever,” he says looking at her his blue eyes flickering with love.

He looks up pointing to the mistletoe hanging the archway. He hands her a cup of hot chocolate as he takes his own walking toward the couch again. Noel following behind him.

“Definitely,” she says smiling as she sits down next to him.

Kris looks over at Noel.

“Yea,” he says smiling, “Come here,” he kisses her sweetly as she snuggles into him. Kevin McAllister and company gracing the screen before them.