I know I know, I did it again…the dreaded hiatus. It happens. What are ya gonna do. 😉

We’re Back though…so get ready for some new Liam & Aria Romance Drama! 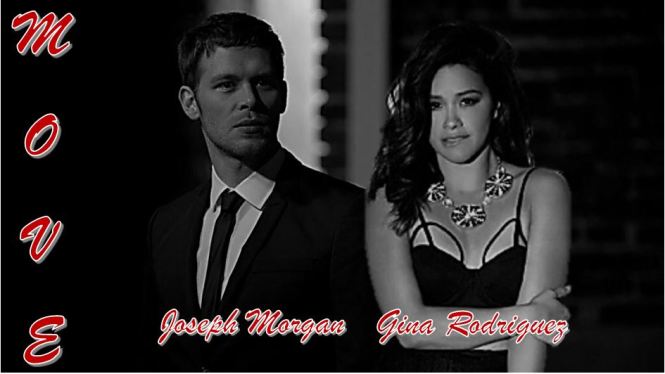 Catch up from the beginning HERE

A black sleek car pulls up to Whitmore Ink, and comes to a stop.

Aria gets out of the car, as Liam steps out of the other side walking around to meet her.

“So, I’ll see you at lunch?” he says taking her hands in his and bringing them up to his lips, he places a kiss on them.

“Yes, I have a break between Zumba sessions so… definitely,” she says smiling up at him as he places a kiss on her lips. “I had a really nice time.”

“Me too,” he says smiling brightly. “I’ll see you in a bit love,” he says beginning to walk away.

Aria grabs his hand, causing him to stop and turn back.

“Liam, I just wanted to say I’m sorry about earlier. To be quite honest, I just wasn’t letting myself think clearly. I wasn’t expecting to have this insane connection to you. I know my putting the brakes on us, while also throwing myself at you, was probably really confusing. I just saw how fast things were moving and we barely know each other… I don’t even know if I’m making any sense. You must think I’m such a tease.”

“I think you’re perfect.” He says walking over to her and lifting her chin, placing a sweet peck on her lips.

“Not from where I’m standing, love,” he says letting his eyes give her a very obvious once over, he smirks.

“Ugh that look is going to get us into trouble,” she whispers, pulling him by his collar into a deep kiss.
Pulling away their eyes lock.

“So about that dinner date…” she says smiling, he smirks as he places a kiss on her cheek.

“Pick me up at 8,” she says her smile sparkling as she walks away toward her gym, reaching for her cell phone in her pocket.

Liam’s gaze lingers after her as a smile forms on his lips, he enters the corporate building, with Aria on his mind.

“Hello?” Yolanda answers as she grabs her work bag, dressed in a pair of light blue scrubs.

“Yea well you can’t blame me for worrying, there are crazy people in this world.”

“I know…thank you for always watching out for me.”

“Of course. So how was last night, did you keep things…reserved?”

“Slightly,” she says a girly giggle in her tone.

“Oh boy,” Yolanda says as she puts her jacket on, and heads out the door.

“We still didn’t do anything…”

“You know what… it’s none of my business.”

“Yolanda don’t be that way! I’m serious nothing happened. I mean it could have happened, it was really close to happening, but it didn’t.”

“I just hope that you know what your doing.”

“I’m serious Aria. As great of a guy as he seems, you are moving into this thing way too quick. What happened to not having time for a boyfriend because of your showcase? And yet in a matter of a few weeks you meet this guy and all of that goes out the window.”

“I’m still working on my showcase, Yoyo. I won’t let this interfere with something I’ve been working toward for so long.”

“Look I gotta go, don’t forget the hospital fundraiser I’m hosting is tonight, it starts at 8, your coming right?”

Aria stops walking as she remembers. “Oh…um…yes, of course. Yes I’ll be there.”

“You forgot didn’t you? I told you about this months ago.”

“Bye.” Aria sighs as she walks into the gym for her first Zumba lesson of the day.

A bunch of empty Styrofoam containers and napkins get pushed off a desk and fall onto the floor.

Aria laughs as Liam lifts her up onto his desk, his lips covering hers.

“I’m pretty sure your staff is wondering why I’m still coming here even though I don’t work here anymore,” Aria says laughing against his smirk.

“And it’s none of their business, love,” he says pulling her closer to him.

Aria kisses him, cupping his face.

“So listen- about tonight, I-“

“I’m going to have to take a rain check,” they both say in unison followed by a few laughs.

“I just realized, I promised my cousin I’d go with her to this fundraiser at her hospital. It’s really important to her, and I want to be there for her.”

Aria looks at him confused for a beat.

“I go every year. But something tells me, this has to be your first? Because I know I would have noticed you, love.”

Aria laughs, “This will be my first, my cousin is part of the planning committee this year. You know now that you mention it she did say you usually sponsor the event.”

“Hmm, I guess we’ll end up seeing each other tonight after all, love,” he says his eyes locking on hers as he moves in closer to her.

“Lucky me,” he says kissing her passionately.

His cell phone begins to ring, as he takes it out of his pocket, the name “Mum” flashing across the screen.

Aria looks up at him, “Do you need to get that?” she says her eyes glazing over to his phone.

“I’m sorry love,” he says placing a peck on her lips, as he answers his phone.

Aria sits there, slightly awkward, as Liam walks off to the side.

Aria straightens her clothes out, and fixes her lip-gloss, as Liam continues to talk business and numbers with his mother.

Liam notices, and frowns, “Mum, hold on one moment please…” he says putting his phone down, and rushing over to Aria, “I’m sorry love, I -“

“Yes you will,” she says as he kisses her, cupping his face Aria deepens their kiss, as his hands circle around her waist.

Aria smiles as she wipes his lips with her thumb, removing her lip-gloss from his lips, as he chuckles.

While she leaves his office, Liam’s eyes follow her, a smile playing on his lips.

“Who were you talking to, it sounded like a woman.”

“It sounded like a personal conversation…are you seeing someone and lying to your dear ole Mum about it.”

“Mum, I have to jump into a meeting right now, I’ll see you later at the event…love you, bye.”

Liam rushes off the phone as he releases a sigh. A smile forming as he touches his lips, thinking of Aria, his eyes glancing over his mess of an office.

*I do not take credit for the images used in my edits or otherwise.*