List of Concerts I’ve been to: (I may be missing a few, LOL)

I’m a total concert junkie… to me there’s nothing like being in the center of live music. I’ve always wondered what it would feel like to be back stage just before stepping onstage to perform in front of a sold out crowd hearing them chant your name…hearing them cheer for you…just waiting for you to make your appearance. Every concert I’ve ever been to has been it’s own separate awe-inspiring experience, even those I’ve seen more than once find new ways to reinvent their shows. Some are just simple and vocally perfect like Adele and Tyler Hilton, some are both vocally on cue and also captivating performers like Demi Lovato and Christina Aguilera, and some are kick-ass performers who create a world for you to live in for the whole show…like Britney Spears and Justin Bieber. Others are just everything you could ever imagine and more…like Justin Timberlake.

The bands I’ve seen like The Fray, Kings of Leon and Snow Patrol are true musicians, they stay on stage for hours singing and playing their hearts out, they are less concerned about changing outfits or the extra theatrics, for them, its about the music. My favorite band is The Fray, I fell in love with them the moment I saw the video for their first single “Over my head.” At that time I didn’t know who they were, and then the song completely blew up;  it was an instant radio play. I jumped on that bandwagon and have not jumped off since, they just keep getting better! The lead singer Isaac Slade  in my opinion, has one of the sexiest voices ever! I truly have a crush on him, LOL! I just think that often times, bands can sound a lot alike, for instance that whole raspy voice has also been made popular by Kings of Leon lead singer Caleb Followill. However, personally I think Isaac’s voice is something different, something in a league of its own. I feel like it’s more than a rasp, its a heartfelt cry of sorts, so that when you hear him sing, you not only hear it, but you feel it.

When a concert ends it’s the worst feeling ever. It’s like you’ve been living in a bubble for the past 3 hours soaking in inspiration and then when it’s over, it’s a high you can’t come down from. I always feel like I never want it to end, even days after a concert, I’m always like “I wanna go back!” Judging by my concert choices, many of you may laugh, but what can I say, I like who I like.  This isn’t even half my music interest…I’m all over the place. There are still so many other acts I’ve been dying to see… for starters, Bruno Mars, Taylor Swift, Kelly Clarkson, Lady Antebellum, Ed Sheeran, The Civil Wars, The Lumineers, Bethany Joy Lenz, the list is endless. Oh and Justin Timberlake and Jay Z are touring this summer, so yea I’m totally there! There’s nothing like being at a concert. 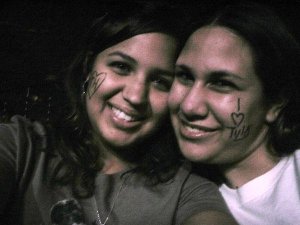 Adele “21 Tour” …her voice is flawless

Kings of Leon “Only by the Night Tour” 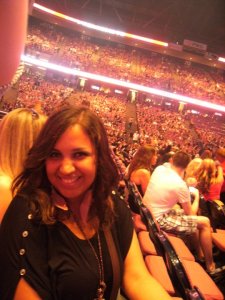 It’s amazing, I swear she and I are besties, cuz this song is so how I feel sometimes! Enjoy!