So today I’m going to geek out a bit…

A few weeks ago a random throwback came to mind…

“Zenon” as I like to call it, is pretty much one of the best Disney Channel movies of the 1990’s and was about a girl who was way ahead of her time and ahead of the fashion curve, haha.

Check out that do’

If you know this movie consider yourself (and your childhood) Awesome. And in case you don’t (my sincere sympathies,) cuz it’s freakin’ awesome, it’s on Lizzie McGuire level awesome. (Show of hands, who else loves Hilary Duff??? Thanks for giving us Lizzie, Hils, like… all girls around the world, Thank you! #hannahmontanawho?)

Zenon up in space not amused by earth life

Zenon Car is a trouble-prone 13-year-old girl who, in the year 2049 AD, lives on a space station with the rest of her family. When she runs afoul of Parker Windom, the owner of the station, Zenon is determined to be “incorrigible”, and as punishment is exiled to the worst place imaginable: The planet earth.(damn that’s a serious “grounding” haha get it?)

After several painful weeks of adjustment to her new surroundings, Zenon enlists the aid of her earthbound pals to return to her “real” home with evidence that the “respectable” Mr. Windom is up to no good. (via IMDb)

Check out some behind the scenes shots of Zenon’s Space Station Home! 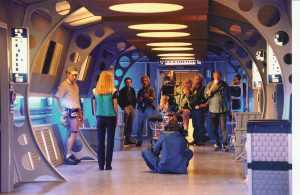 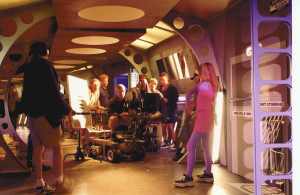 And here’s some clips: 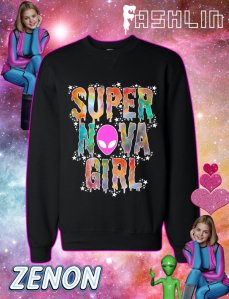 OMG… or should I say Zetus Lupetus! I would rock this shizzzz

Sing along with Protozoa…you know you want to 😉

…to the ending of your sentences

and for the ever popular Zenon phrase

So basically in a nutshell the Zenon trilogy is a really fun, quirky, futuristic experience. If anything it lends imagination and unique ability to storytelling. I loved it as a kid, and when I think back on it I remember trying to dress like I was from space, just because I thought she was a rockstar! What can I say, I was a weird kid, and now I’m and even weirder adult. haha

So….have I peeked your interest?

*I do not take credit for any of the images*