So I didn’t have anything specific planned for today’s post, so I thought I’d do a little writing prompt. A friend of mine got me a book called “642 Things To Write About.” So I thought it’d be cool to pick something from there and see where it takes me. 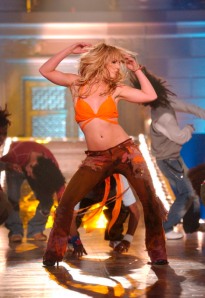 You get to be any singer you choose and sing one song in a live concert.

Ok so I have about a gazillion answers to this question. BUT I would be Britney Spears.

And I would perform Britney and Justin’s “What It’s Like To Be Me” (Oh the irony, Britney I wanted to be you girl, I did, I really did!) at the Video Music Awards with JT… (even bigger surprise..huh?) Can you tell I’ve thought about this before? haha. 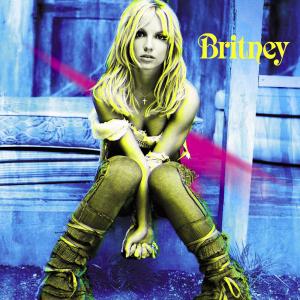 Basically I have had an infatuation with this song since the “Britney” album came out in 2001. And her performance of it in her Live from Las Vegas special was sooo good! But Justin was merely just a voice track. 😦

I never understood why with such a power driven duet they didn’t make it count for something… I mean joint touring, televised performances, music videos, the behind the scenes footage alone would have been amazing! The possibilities were endless. Enjoy this fan made music video!

Seriously though it would have been a real piece of history…(and hot as hell!) Justin & Britney were magic…and yes I’m saying that with a straight face…if you’re a 90’s kid who was a fan you felt the pain when they broke up. Wade Robson I blame you. 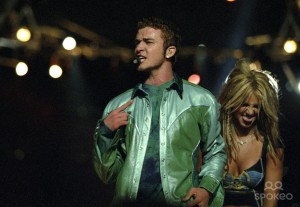 Here they are in 2001 performing at the half time show for the superbowl with *NSYNC, Nelly, Aerosmith and U2 and many others. I remember watching it, it was like stars left and right! SO awesome and they both looked so good and they were so cute performing together! 😀

It’s really too bad they broke up, I kinda like to think they were it for each other, and I definitely think Britney wouldn’t have went through all that craziness if Justin were around. But never the less best of luck to them both, who knows maybe years down the road they’ll find their way back to each other. (No I’m not in support of infidelity or divorce, but let’s be serious it’s Hollywood.) And those two really loved each other, I just think they were too young to be so serious. But now well… hey it could work. I’ll still always hope for a romantic reunion…[Hey Ashton and Mila are getting hitched and becoming parents after years later…it could happen]  or I’ll settle for a musical and or movie reunion! 😉 So what if I’m living in denial, I know I am not the only one! Hence…

SHOUT OUT TO WHOEVER MADE THESE EDITS & GIFS!

HOW AMAZING ARE THEY???

And now that this writing prompt has turned into a total love fest over Justin & Britney, let me leave you with these stellar pictures of Justin Timberlake and myself performing together HA!

Have I thoroughly freaked you out?

“See you in the streets…Peace.”