We all know her as Jenny from the Block, She’s real and her Love don’t cost a thing.

But as her music career continues, I find that her movies are what I love most. I just love how in every role she plays she makes her character so relatable.

But needless to say I can still get my groove on to On the Floor and when Let’s Get Loud comes on you know I’m running to the dance floor. #partystarter 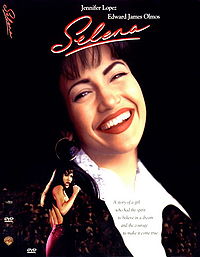 Jennifer played Mexican American singing sensation Selena Quintanilla. The resemblance is really something and even though she lip sung the songs out of respect to the artist Selena’s memory, I remember hearing how hard she studied Selena’s gestures and stage movements to get things just right. That’s dedication and it’s definitely one of my favorite Jennifer Lopez films and films in general. I had a serious obsession with this film when I was a kid, I was so heartbroken by Selena’s passing. She was a true artist. And a generous soul. Til this day whenever it’s on, I watch, but I will admit I usually don’t stick around for the end, gets me every time. But on a lighter note I will do the washing machine and belt out the not so correct words to “Como La Flor.” I own the soundtrack and can’t understand what she’s saying. haha. Rosetta Stone where you at?

WATCH JLo pay tribute to Selena during one of her concerts. 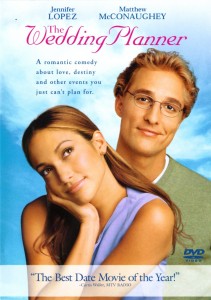 Jennifer plays wedding planner Mary Fiore. To say I was obsessed with this movie would be an understatement. This is the movie that put me in the “I wanna be a party planner” phase of my life. That scene where she finds the F.O.B (father of the bride) drunk and hiding out. And she instantly whips open her blazer and you see a party planning fanny back essentially full of little things everyone may need in a crisis. It’s freakin genius! She’s just perfect the entire movie! I freakin’ love it! And well Matthew McConaughey is her love interest so um yea…there’s that. 😉 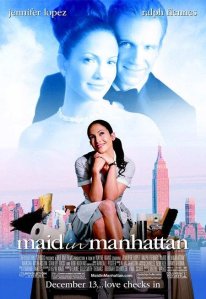 Jennifer plays maid and single mom Marisa Ventura. Um… I still adore this movie. My favorite scene is when she’s getting ready to meet her man (that guy that kinda looks like Liam Neeson but isn’t), to “end things” and they show her getting ready, her hair, makeup, and omg the outcome is just magical. I was always so jealous of her dress! Oh and fun fact her kid is played by Tyler Posey, the Teen Wolf  kid. He was such a cutie in the film! 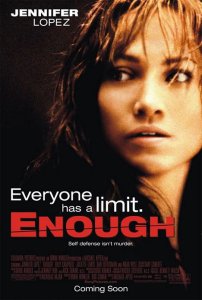 Jennifer plays Slim Hiller, a mom and wife. Her husband constantly cheats [who cheats on JLO?] and becomes abusive when she confronts him, endangering the lives of her and her daughter. When it seems like there’s no hope for safety, Slim takes things into her own hands and it’s pretty KICK-ASS. Enough is ENOUGH. Seriously her most badass role to date, in my opinion. 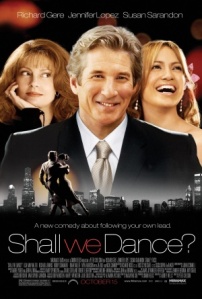 Jennifer plays Paulina a dance teacher. This film has kind of a strange dynamic because it almost seems as though Paulina is falling for her dorky, dance challenged, older student played by Richard Gere. But then we just see how it’s just about dance. At the root of the story the movie is about using dance as a form of fun expression and shaking out of your shell. And Jennifer Lopez at the root is a dancer; a true, crazy talented dancer. I mean home-girl was a fly girl on in living color, need I say more? Plus her clothes in this movie make me want to take a dance class, just so I can dress like that. 😉 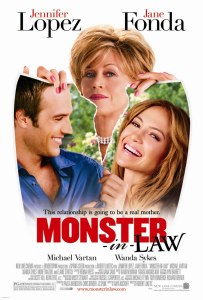 Jennifer plays Charlie a bohemian soul, she holds many jobs such as yoga instructor, dog walker, but she loves to paint. Charlie meets an amazing man and is engaged to him rather quickly. But the honeymoon phase is cut short, that is even before the honeymoon even gets to happen, as Charlie 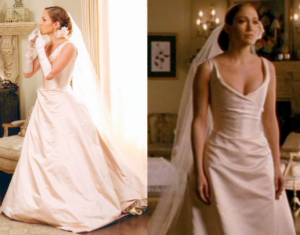 has to deal with his crazy overbearing, overly possessive, mother. This character is spunky. I love her outfits in this movie yet again. Everything always looks kind of thrown together, but creates a style in itself; it’s a style that lets the world know she’s a creative soul. Her wedding dress in this film makes her look like a Latin princess. Can you say va va voom! And there’s also this other little tidbit that I adore, Charlie wears a question mark necklace throughout the film. And when asked why, she says “Oh, ’cause I just don’t know.” Which I found really cool and an amazing little character trait. I mean the world is full of questions, no? Hey look that was one right there. And the necklace complements the free spirit in her character. This “go with the flow” Charlie is very different from The Wedding Planner’s uptight, “everything in its perfect place;” Mary Fiore. But yet Jennifer rocks both roles.

Jennifer plays Zoe, a woman who is looking to become a mother on her own and on the day she is artificially inseminated, she meets the man of her dreams. Is it me or do all the guys she co-stars with kinda look alike? Hmmm JLo’s got a type. I kid, I kid. So the two must navigate a tricky situation and see if this is indeed something they can work through. It’s a backwards story, but a sweet one. Definitely not my absolute favorite, but I watch it every time I see it on, so I had to include it. There’s some comedy in there too that you just can’t deny. Worth watching!

And I don’t know about you guys but I’m super interested in seeing her newest film [that she produced] The Boy Next Door, look scandalous. 😉 #GetItGirl 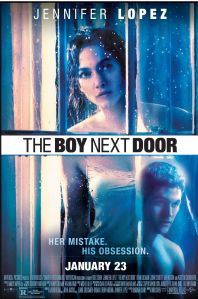 Thanks for entertaining us Jennifer, you are a super woman. Considering you had movie after movie some released during the same year and on top of that a music career too. You are a force to be reckoned with and an inspiration. We love you J to the Lo. 😉

* I do not take credit for any images, gifs, or videos used. *

One thought on “Jennifer Lopez; The Actress.”