Hallmark series When Calls the Heart is such a wholesome gem. I fell in love with it last year when I binge watched it and got caught up before the return of it’s 4th Season.

Now it’s in it’s 5th season, and I unfortunately no longer get the Hallmark channel. And I miss it so much! Not only do I miss the fun seasonal movie themes but I miss this Sunday night series terribly! I try to keep up with it through social media, but it’s just not the same. 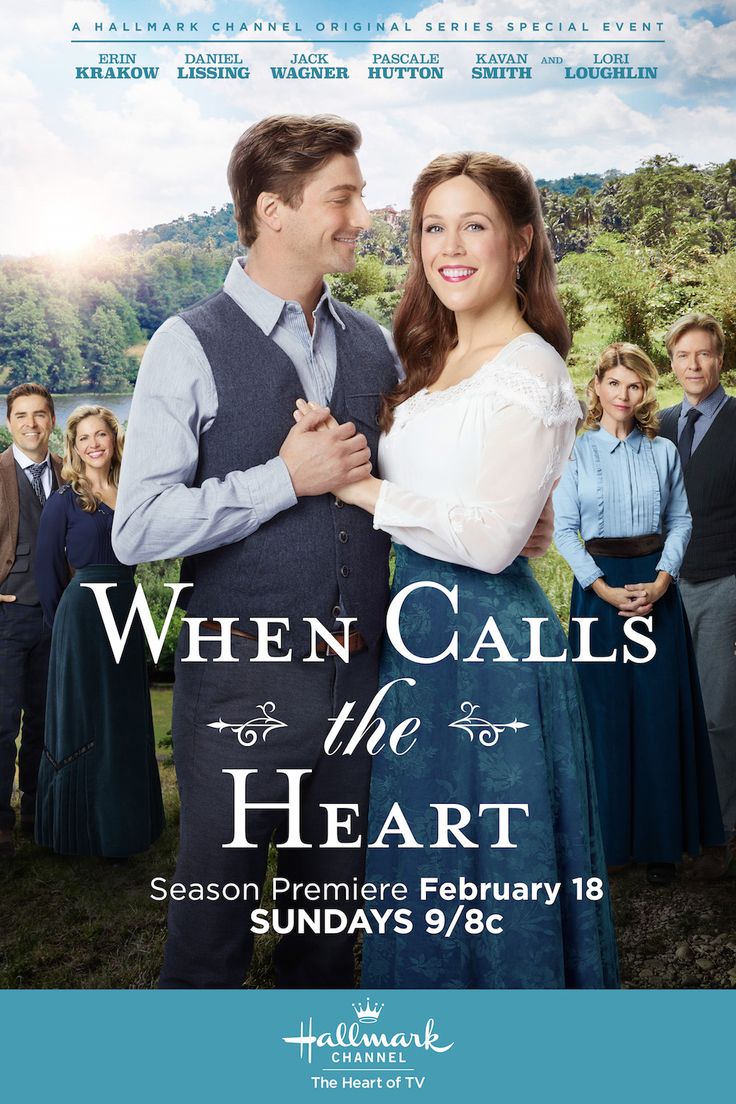 I haven’t found a free, reliable way to watch online either. 😦

All I know is there was a Christmas Special which I missed, and then the first 3 episodes have aired. Last season we left off with Jack proposing to Elizabeth who obviously said yes! But then he had to leave to go fight in a war. Leaving us #Hearties heartbroken.

So Erin Krakow’s Elizabeth Thatcher was left waiting for quite a long time. Waiting in worry.

Daniel Lissing who plays the role of Constable Jack Thornton, was absent from many of the ending episodes of the 4th season. And from what I’ve learned online, he wasn’t in the first few episodes of the 5th season either. [However it did appear he was home for Christmas briefly]. I hated not having our favorite smouldering Mountie at Elizabeth’s side. 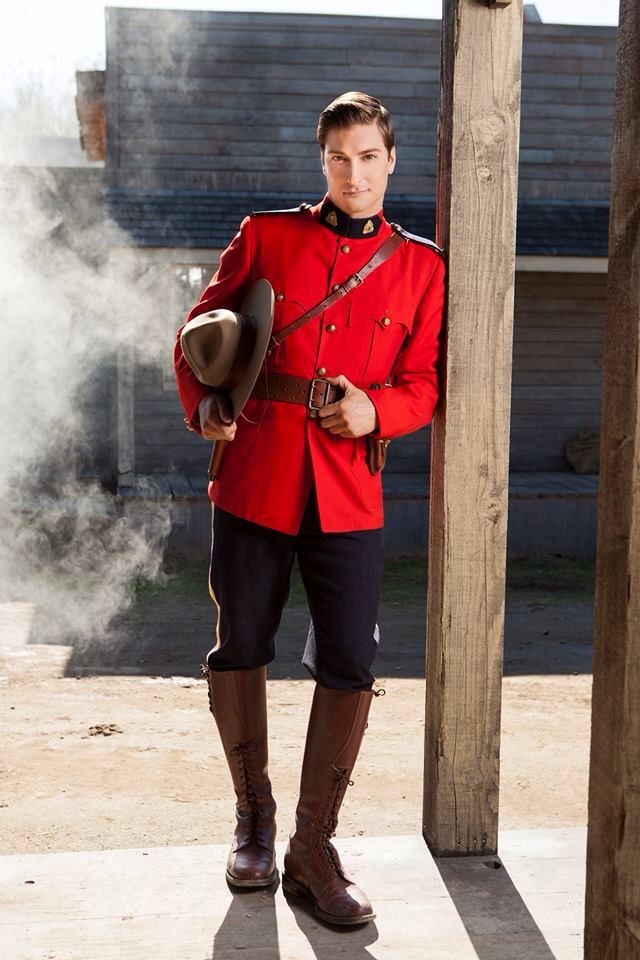 Needless to say he returned in this past Sunday’s episode and their reunion was so sweet and charming, as usual. Thank you to the sweet soul on instagram who uploaded clips!

Jack and Elizabeth have FINALLY set a date for their wedding, maid of honors and best men have been picked and Rosemary is clearly already in planning mode.

It’s so sweet to see how happy Jack is to start his life with Elizabeth. He even created a rough blueprint for their future home, and took her to the land he bought for them. 5 bedrooms! He’s planning on growing their family that’s for sure! #LoveScene? 😉 They even had a sweet candle lit dance with a music box he bought while on his travels through the Northern Territories.

“There are so many rooms!”- Elizabeth

“Apparently by a lot.”- Elizabeth *Of course Elizabeth has her shy eyes on.*

“Well big enough to fit all of the Thornton Clan.”- Jack

However, in sneak peeks for future episodes. It appears that the wedding planning doesn’t exactly go so smoothly. With a fire in the church, I imagine that will set things back. And a few moments of pain inflicted in Jack’s eyes, hints that we may get a bit into what he suffered through during the war. There seems to be a potential post traumatic stress disorder story on the horizon. If you ask me that is so realistic and makes total sense. Jack is very quiet in his emotions, very laid back. Never likes to make a fuss. Even when he and Elizabeth had their breaks in their relationship he was never overly dramatic about their confrontations. Sure he’s well skilled in the grand gestures, but he’s worked on them for 5 years, at the beginning of their courtship boy did he stumble over his feet.

Jack is so grateful to come home to the love of his life, but he’s throwing himself into planning their wedding and their future life together without taking a break. It’s all going to come crashing down on him. And I sense from what I’ve seen  so far, that Elizabeth knows that. She’s asked him several times to “Take a breath,” to “rest and relax because he must be exhausted.” She also has been asking him about the war and what it was like, to which he often deflects saying it “was what is was, and it’s over now.”

“I’ve waited so long for this.”-Elizabeth

“Now we can go back to where we were.”

“I don’t wanna be engaged.”-Jack

“”I wanna get married. Build a house. Start a family.”

“I don’t need to. The thought of coming home to you, and having you there everyday, it energizes me. It got me through some rough times.”

I just love them. They are so sweet together and he really loves and respects her so much. I get all giddy just thinking about all the sweet little moments they’ve had together over the seasons- playful banter, disagreements, kisses, all the small looks and smiles. Even when they talk about each other with other people they’ve said such sweet things. In fact this past Sunday in a chat with a younger man- Jesse who is courting Clara (Abigail’s daughter in law whom came to live in Hope Valley after her husband was killed in the mine accident along with Abigail’s husband) asked for some advice. Jack responded that he knows he’s smart enough to know how lucky he is. When Jesse inquires if he and Elizabeth ever broke up, Jack answers that there were times when they put things on hold. He and Elizabeth took some time getting back to each other but they did in the end. Jack further explains that if Jesse and Clara are meant to be they will find their way. It was so sweet to see how he is now in this position to give a younger man advice. Many times he would seek his own advice about Elizabeth from sources like Lee, Bill Avery, and Abigail. He and Elizabeth have come a long way and have really grown together. The list is endless, I could go on all day. In fact I’ve been re-watching seasons on Netflix just to get my WCTH fix. I miss it so much! Lol.

It’s so crazy that they are at this point in their relationship, I mean from their early scenes together, it’s beautiful to see them now so in love. It seems like time flew by. I mean granted I binged on Netflix, I’m sure those who watched live feel like it’s been an eternity. But in many ways I too feel like it’s taken them quite long to get engaged and now married. I mean Jack was courting Elizabeth for quite a while, and Rosemary and Lee even got married in season 3, before our favorite Hope Valley couple Elizabeth and Jack. Lee and Rosemary are super cute though too! I love how he is so patient with her and all her craziness! Lol. 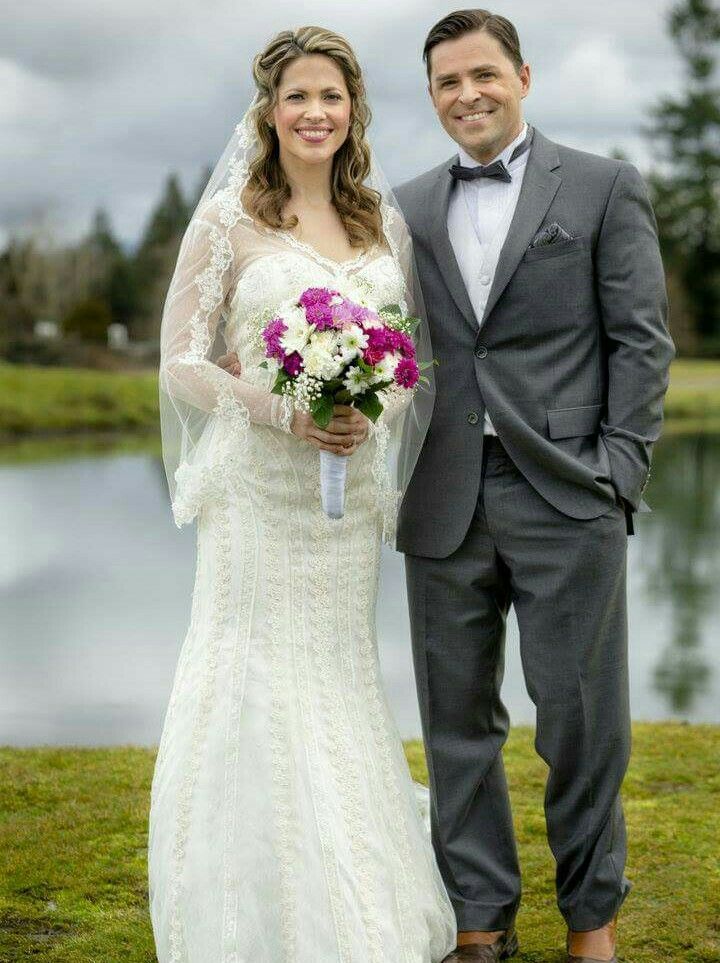 Although Rosemary came into Hope Valley at the end of Season 1 hoping to win Jack back (Plot Twist she and Jack used to be engaged!) It’s so crazy to see how much has changed, Rosemary and Elizabeth used to be each other’s competition, and now they are the best of friends. And so are Lee and Jack! Lee didn’t come in until the beginning of Season 2 and the two wed in Season 3! So it’s been a bit of a fast track for the Coulters.

So mind you, you can imagine how anxious we #Hearties have been to see Elizabeth and Jack finally on their way to tying the knot. IN TWO WEEKS! Gosh it’s going to kill me not to watch it! It’s such a big season for them! And I am very passionate when it comes to television and my ships! After all he’s had the damn ring since like what Season 1 or 2, I think! It’s been a long, beautiful journey and I really miss watching it live! 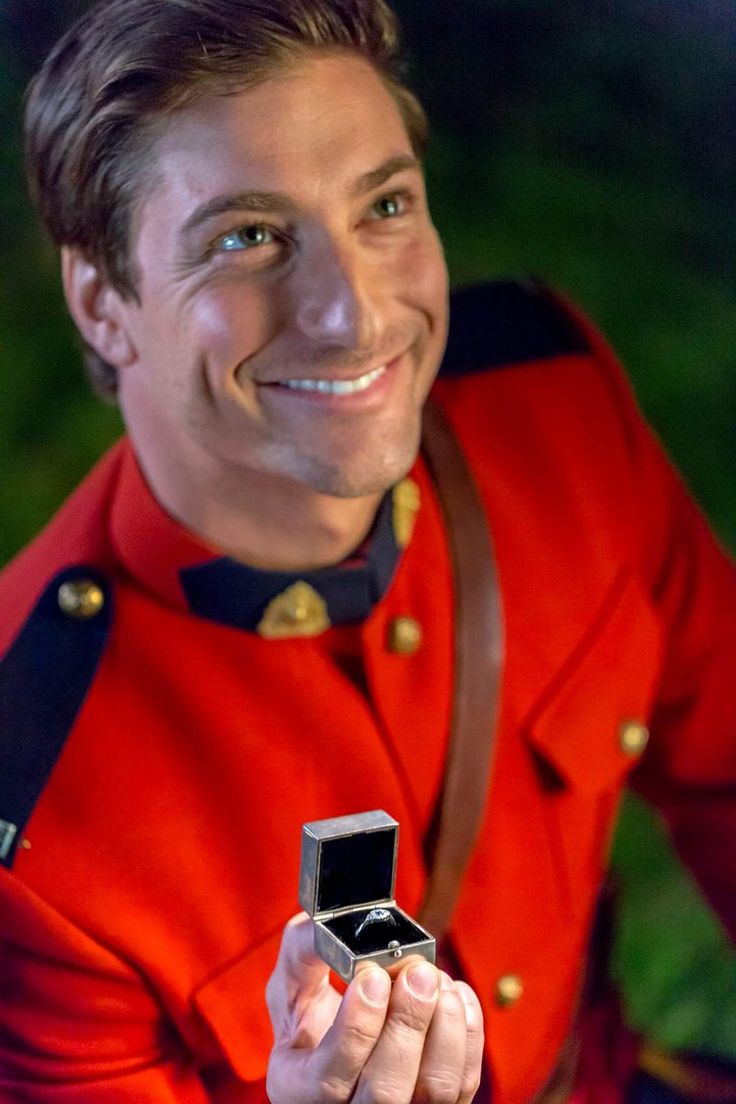 I guess I’ll have to stick it out and wait until Season 5 is on Netflix. 😦

In the meantime I wanted to chat about the things that make this show so charming. And a lot of that has to do with the fact that it’s set in a small town. I love small towns, and quaint little cafes, church and shops. I love the simplicity of their life, (not to mention that they have such a comradery in hope and faith throughout the town). 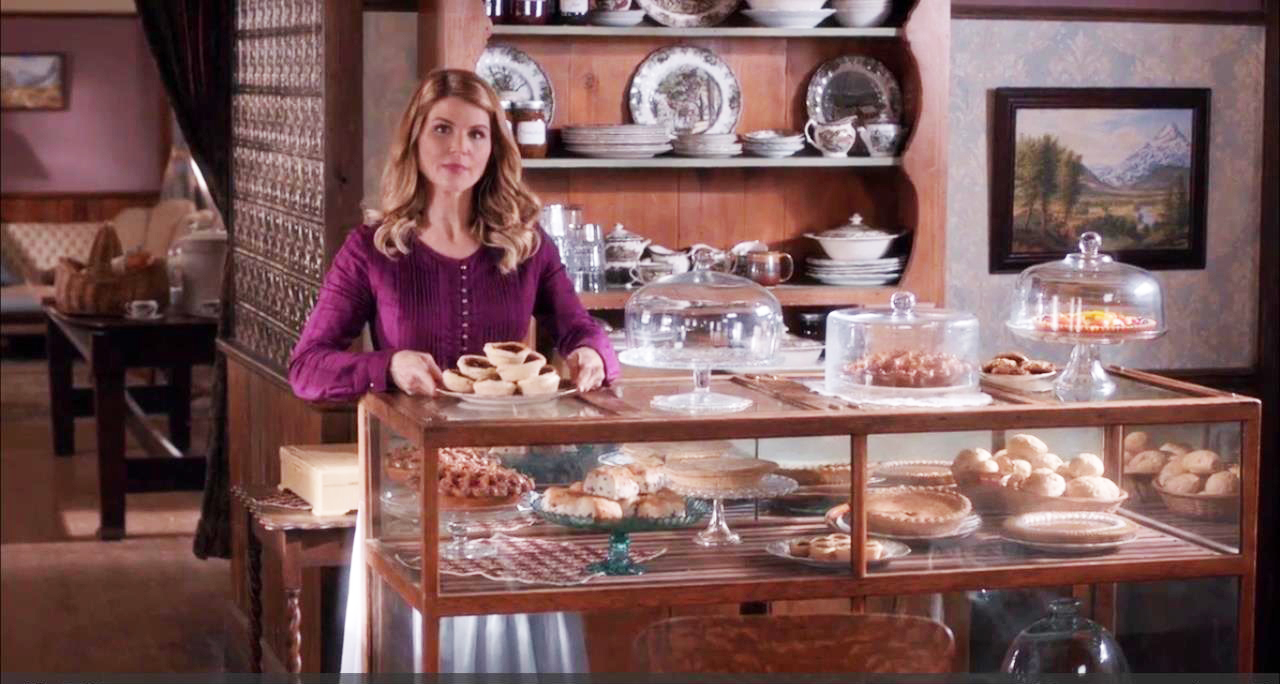 And last but not least I LOVE the FASHION.

Fashion in the 1910’s were all about the long skirts, and the corsets. The lace, pastel colors, and dainty earrings. The hair was also in a league of it’s own with simple updo’s with a twist or long soft curls. In the first season, Elizabeth dressed a bit more showy, with large hats and flashy dresses, after all she hailed from Hamilton where she lived a wealthy city life. But soon she embraced the more simplistic nature of Hope Valley and toned things down a bit. She found herself, she found her home.

But for a character like Abigail Stanton played by the lovely Lori Loughlin, she had a bit of  the reverse happen. When we first meet her she is all about simple undo’s and no makeup. Beautiful no matter what, but soon Abigail starts to find herself again, she starts to find hope too and realizes she still has so much living to still do despite suffering so much loss when the coal mine tragedy struck taking her husband and son from her. She starts to let her hair down again, and begins entertaining some gentleman callers who obviously couldn’t help but fall for her. All while being a café owner and town mayor. Total Girl Boss. 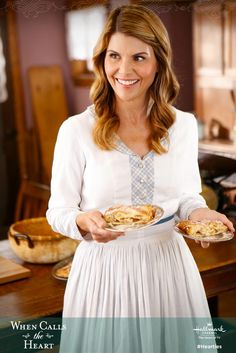 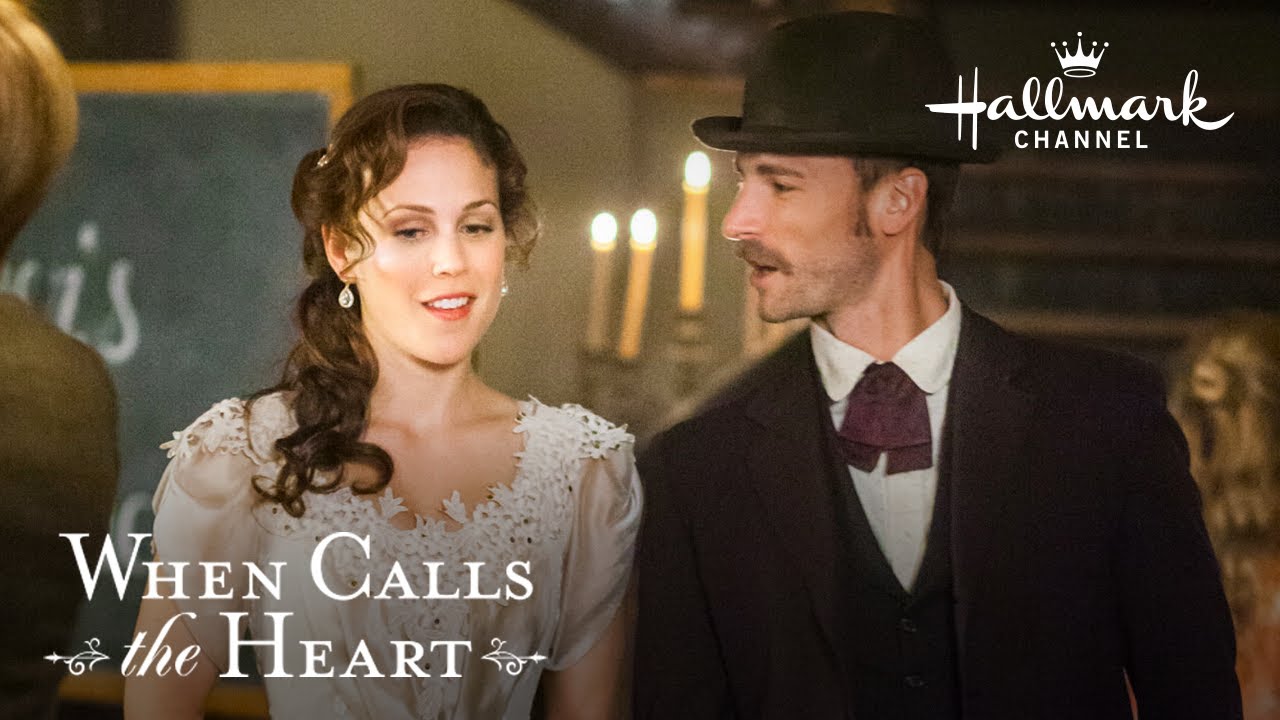 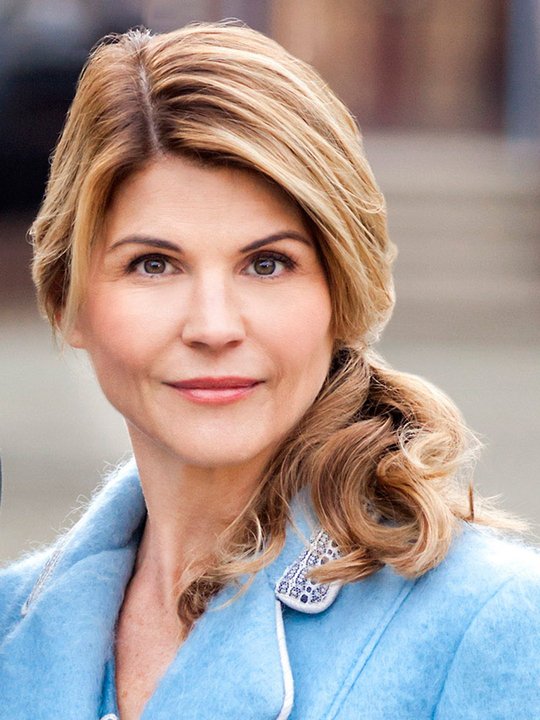 I just love it all. Rosemary spices things up with her red crimson wardrobe as only she could! #Theatrics 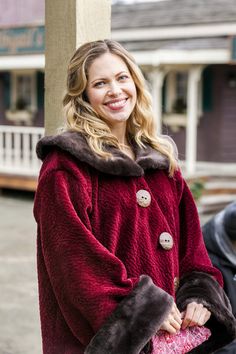 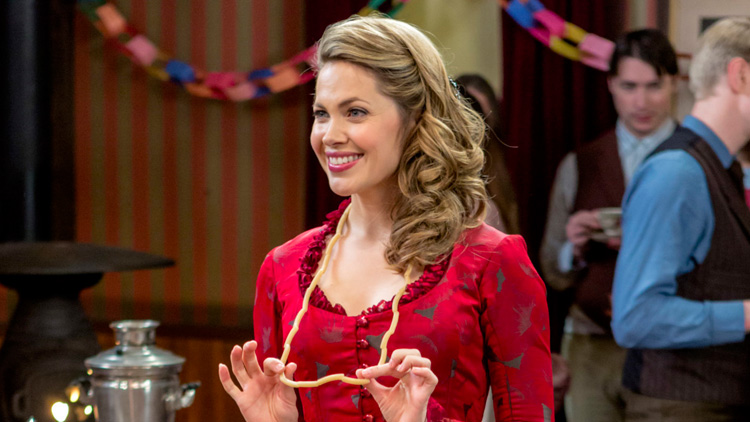 One of these days I plan to host a 1910’s inspired party. I need to dress up! I’m dying to play pretend and live in Hope Valley for a day.

When Calls the Heart airs on Sundays @ 9 pm on the Hallmark Channel.

*I do not take credit for any images/videos used.*