Back during #BLOGTOBER I did a post titled Fall Fashion: Concert Style where I showed my outfit inspiration for Justin Timberlake’s MAN OF THE WOODS tour. 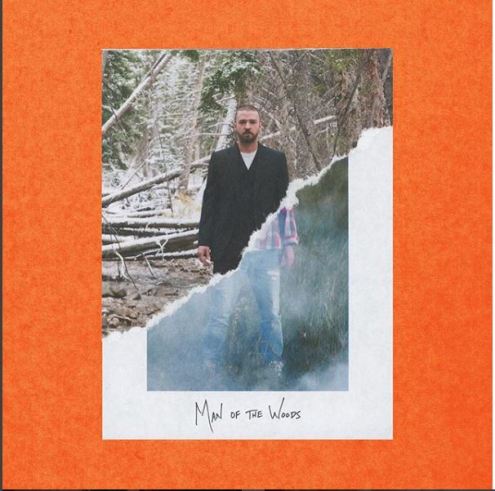 I was supposed to see him, back in October but he had to reschedule due to bruised vocal chords. So I just went recently on January 31st. Which just so happened to be Justin’s 38th Birthday so that was a fun treat! Not only did we get an amazing show, but we got to spend his birthday with him. This time we got to sing to him for a change. 😉 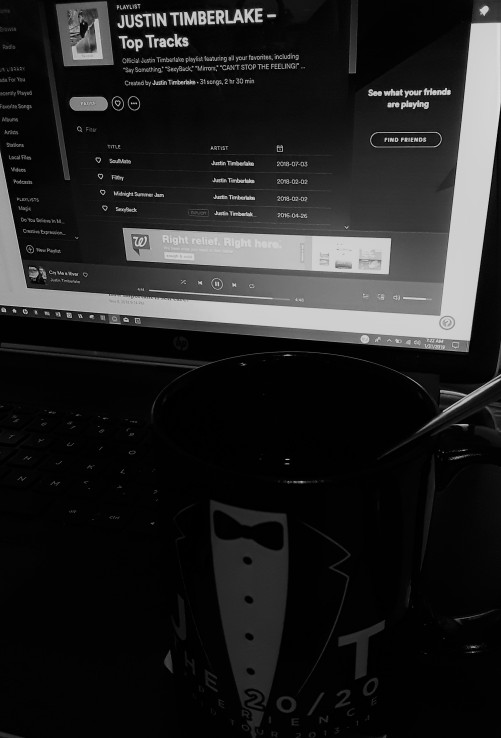 My best friend and I got there a little before the opening act ended so we got to hear him a bit. His name is Franceso Yates, and he was definitely good vibes. Not to mention his curls are cool and he was rocking this cool silver sparkly bomber jacket. 3 years ago he lent his vocals to SUGAR (2015), yes ya’ll probably know Suga Suga by Baby Bash and Frankie J (2003) but Yates makes it work too! His voice is damn good! 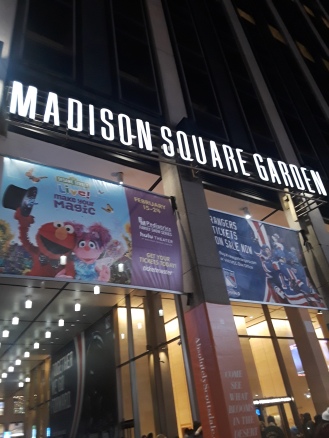 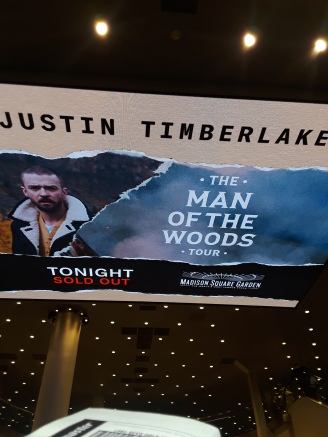 Man of the woods

Cry Me a River

Until The End Of Time

I felt like this concert has been quite a long time coming. In fact we just passed the year mark on of when MAN OF THE WOODS was released and when Justin performed the Superbowl Half time show. I had wanted to see JT a while back when he was first in the U.S., but I just couldn’t swing the date, and so when he came back I was on a mission to get tickets. So my best friend and I got t-shirts, I had my outfit all ready, and my nails strategically painted to match his album cover colors (as you can see in the Concert Style Blogtober post). But then it was rescheduled for January, so it was another 3 months added to the waiting game. Needless to say, because of all the holiday craziness, it went by quick. Of course the date landed on the COLDEST day of the year, my winter coat’s zipper broke just before I left the house, (so I had to wear a less warm coat but the one I actually bought for the concert to match my outfit lol) and my best friend was battling the start of a cold and her purse strap broke coming out of the Uber on the way into MSG. So we fought some stupid little inconveniences along the way, but it was COMPLETELY worth it! #CHEERSTOINSANLEYEXPENSIVEUBERSANDCABS It felt so good to be there in that arena with him. It’s been a while. It felt like it was all meant to be. I love you JT, you were worth the wait! 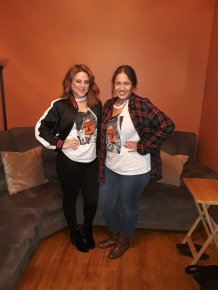 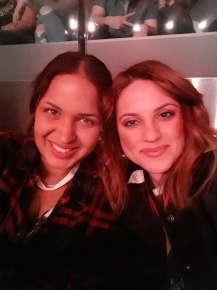 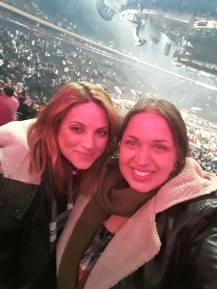 JUSTIN WAS INCREDIBLE! His talent never ceases to amaze me. He came back from that vocal rest like a boss. He can still sing, dance, and own any stage! And he is extremely good at making it so that he can work the entire stage and say hi to all sides. Our seats were pretty good, probably the closest, I’ve seen him so far. Although for his stadium tour with Jay Z, we had really good seats too! One of these days I hope to meet him, maybe even swing some VIP tickets, but I just can’t fathom those prices. Besides I like the option of sitting occasionally! Lol. #GRANNY #BIGPURSEDONTCARE

Justin did all his usual hits, but played a good amount of his new stuff too. It’s cool how his songs are so different live, like you feel every instrument. I love how he did his work on the NI Maschine for “Say Something,” and he just kind of like created this whole unique sound. It was really cool to see. 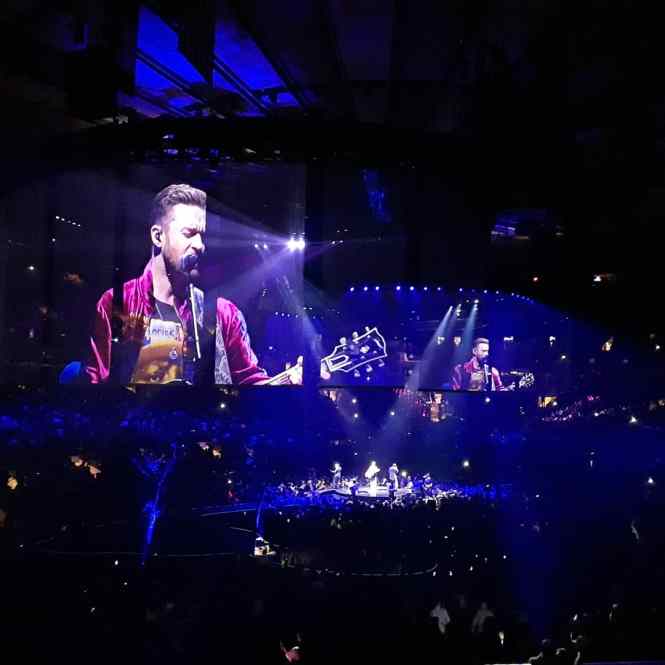 The whole show was visually stunning. The fog rolling in, the grass coming up during certain scenes to add that woodsy feel. The lights, the screens that projected Justin for all to see, but at  times told a story through it’s stunning rain visuals during “Cry Me A River,” and trees and the sun shining during his Man Of The Woods songs. It was all so right. 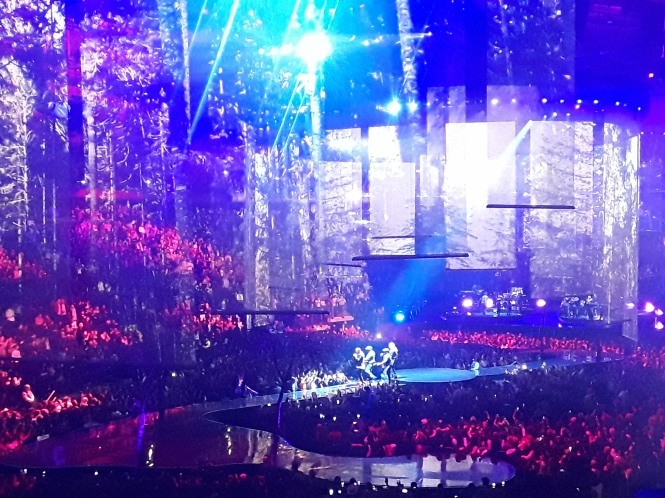 There were so many highlights, so many moments where he joked with the crowd, so many great live versions of songs that never get old. That clap and sing along in Mirrors, never gets old. And Can’t Stop The Feeling was so amazing live and such a great, feel good song to end on. However, I think if I HAD to pick, my highlight had to be when he sang “Until the End of Time.” There was a campfire set up. A real fire pit, with wooden seats around it, as his dancers re-enacted a campfire scene as he played the soft sweet song. This song is one of my favorites live, because this is the cell phone song. The lights sway back and forth, and you try to hit his notes in the sing along part of the song. Such a moment. 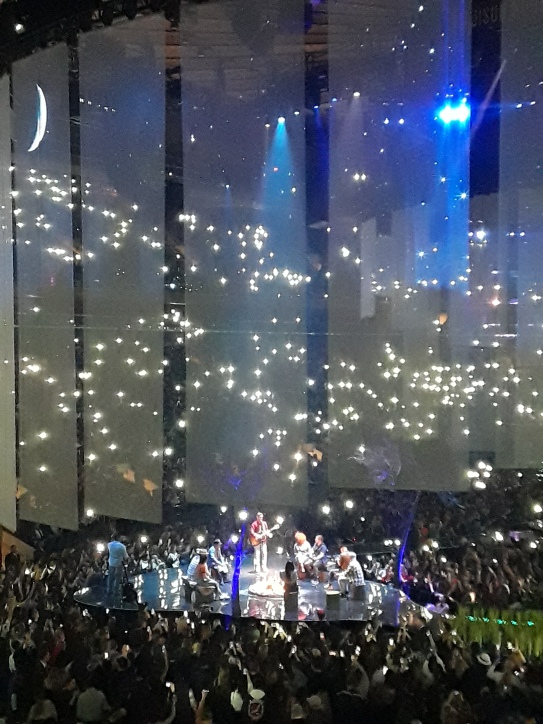 The only downside was that I know I had seen an earlier version of a setlist that included “Let The Groove Get In” and “Flannel.” Two of which are my favorites. So I was a little bummed when he didn’t play them. “Soulmate” would have been cool, that song has become a favorite of mine too! But we did have a whole Birthday sing a long, so they probably had to take out a few songs to allow the time for that. I thought his Birthday show would have been like crazy! Like maybe a special guest, or something. I also thought he would do the whole fake out end and then come back out, but he didn’t. I’m so used to that! Lol. But when the lights come on you know it’s over. I guess I just wasn’t ready to leave.

You know what else I noticed, he didn’t have many breaks. He didn’t worry about changing outfits constantly either. He made a few changes, but they were super quick and kept in theme with his laid back woodsy vibe. He is the man of the woods, is he not? He didn’t talk too much with the crowd like I’ve seen him do in the past, didn’t really chat about the songs or give some heart felt speech about what the slow jams were about or why he wrote them. He used to do this a while back. Instead he let the music talk. Which I understood. He has 5 studio albums under his belt and only about a 2 hour slot to perform! He can’t do EVERYTHING! Even so, he is a true talent. A class act. He is so good. When I got home I mentioned how it’s a pain to go to a concert on a week day, and my mom said to me, “well this is it, right? I mean you can’t keep going to his concerts.”  And I said, “Um, what? Yes I can! And I will.”  I may be getting older, he may be getting older, but as he said before he took his shot before he performed “Drink You Away,” he “Ain’t done yet!” And as long as he’s singing, I’ll keep listening! Concerts can be transcendent. They can be such amazing experiences, especially when you are that much of a fan of the artist. Especially when you get to go with your best friend. I’ve grown up listening to Justin. So no, I’m not quitting  now. Looking out at that audience it was an incredible mix of men, women, of all ages, and even some little kids. I was proud to see how far he’s come and how many generations his music has touched. He may not have chatted constantly but he was very adorable when he thanked us for spending his birthday with him, “best birthday ever,” he said just before leaving the stage. So what it all comes down to, is that the concert was cool, classic, and absolutely amazing and we got to spend his Birthday with him, and that’s the coolest thing ever. Happy Birthday JT!

^ tried to link, but I don’t see it available anymore 😦

A Flannel because well the song and the woods! lol 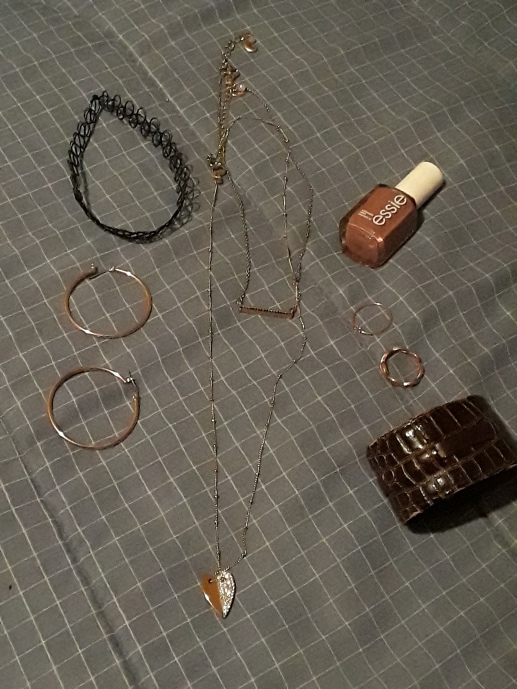 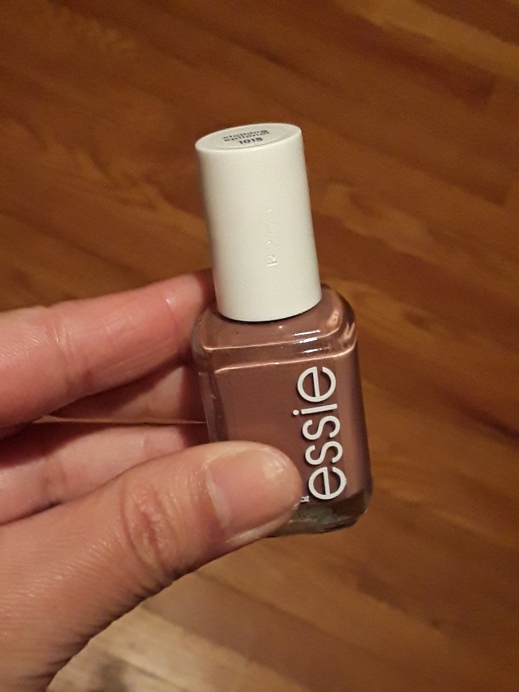 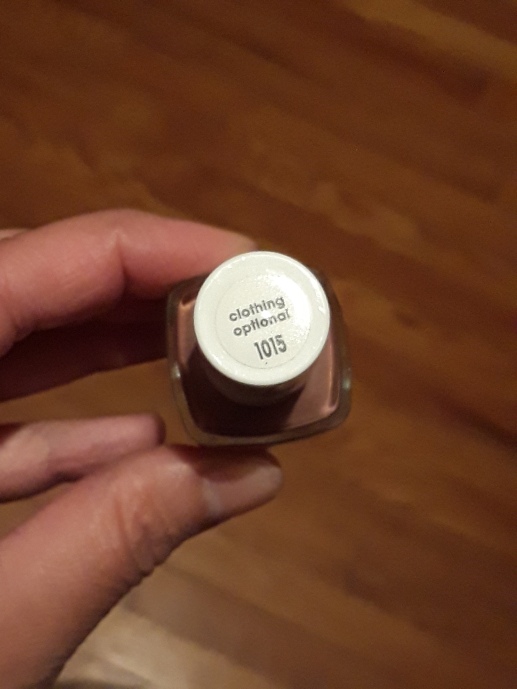 I basically went for a chill, laid back, woodsy/90’s vibe. LOL. My makeup was subtle warm tans and blush tones, and my hair I kept simple in a low bun and some curls to frame my face. 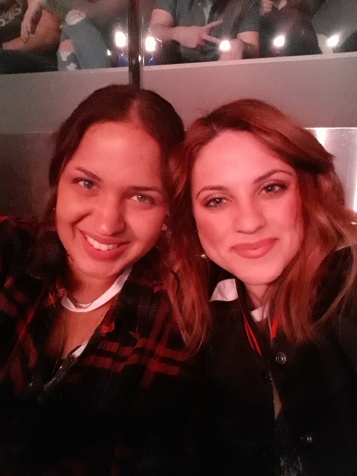 Listen to the full song HERE

And yes I did treat myself to some concert souvenirs- a tee and a concert program. They were selling the t-shirt I couldn’t find anymore on his merch store website, so I was excited. At first I wasn’t going to buy anything because between the ticket and the cabs,  I was already spending so much $$$! But then I realized I have a concert tee from every show I’ve seen of his. And I’m a major graphic tee wearing girl, so I had to. So I picked this one (it has another image of him and man of the woods written on the back, with all the tour locations.) And I splurged on a program too, because I have never bought one of his programs before. So I figured I should own at least one. I mean I am a self- proclaimed JT fan girl, right? Hey I don’t do this often, you got to live a little, right? 😉 The t-shirt was $40. The program was $25, in case any other fangirls or boys are wondering about prices! 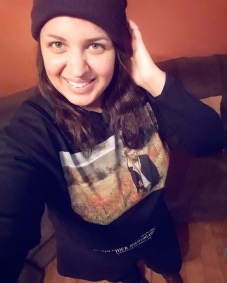 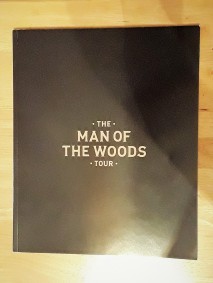 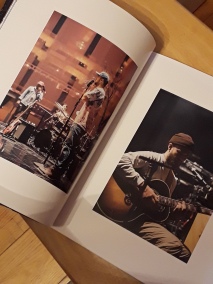 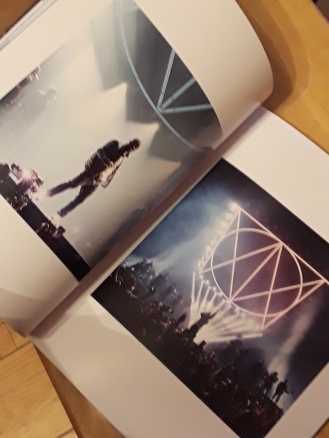 Well there you have it, another JT Fangirl report from yours truly.

*All images are my own except JT’s album art picture at the beginning of the post.*