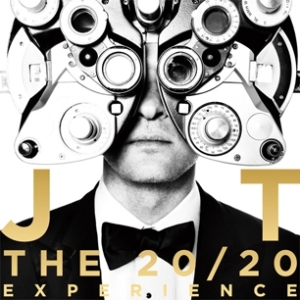 I don’t wanna lose you now
I’m lookin’ right at the other half of me
The vacancy that sat in my heart
Is a space that now you hold
Show me how to fight for now
And I’ll tell you, baby, it was easy
Comin’ back here to you once I figured it out
You were right here all along

This is Justin’s latest single, it was released on iTunes before the album released and I’ve been hearing it get more favoritism than Suit & Tie, because it has some Cry me a river elements. And let’s be honest that’s always a crowd favorite! However to be honest, I didn’t quite catch the resemblance right off the bat…but then once I heard the Timbaland “background beats,” if you will, lol, then I completely realized. Justin has said that this song is in reference to being able to change and grow within a relationship and having that person change along with you. The video is pure art, it’s dedicated to his grandparents William & Sadie, and it highlights their love story. If I’m not mistaken, I believe his Grandfather recently passed away, so this was possibly his way of honoring him and the video is truly beautiful and that’s all I really need to say see for yourself.

I also think this is definitely a possible wedding song of sorts, I mean lines like “You are the love of my life” aren’t written for no reason…but in typical Justin fashion, he side stepped that fact by being more general in describing the meaning of the song. 😉

[Pre-Chorus:]
Under the water you scream so loud but the silence surrounds you
But I hear it loud and you fall in the deep and I’ll always find you
If my red eyes don’t see you anymore
And I can’t hear you through the white noise

I’ve definitely heard some positive feedback about this song. And Justin has openly said this song was one of the hardest to record, because it put him out of his comfort zone a bit. And although maybe it wasn’t a song that jumped right out at me when I was picking up new J.T. favorites, it is definitely creeping up on me.  It’s one of those songs you really need to listen to, his voice sounds so beautiful, it’s like an auditory tranquility, but somehow you can envision that tranquility too. It’s really interesting, something very different for him. His voice goes through many different vocal registers and the song is like a soft love whisper. I feel like this song is about getting away from that spotlight and having a place that you and the one you love can call your own.  And regardless of whatever life may throw at him, he will always find that person through all the chaos. Somehow that connection will always be there. It’s a beautiful sentiment. Justin actually said this is a special song to him, that its his Romeo and Juliet song…he spoke about how he had this image of two people holding onto each other and sinking to the bottom of the ocean floor, saying if you go, I go. Basically he said that it’s about loving someone so much that you’d die for them, or die with them. It’s a tragic beauty of a song.

To me this song has become an album favorite, I hadn’t heard it until I watched the release party the night before the album came out, and it was only the first few seconds, and I immediately was like “Aw shit, this song is goood!” Lmaooo ! Basically I think this is one of those songs where he talks about the attraction for another person, and it’s deeper than just a typical physical thing. He’s interested in her and wants their connection to be something that allows all worry to fall away. Although the song makes it obviously evident that the attraction is there. It’s about that feeling you get just by looking at someone, you can tell you want more from them, more of a relationship.

[Bridge]
Put the music in the lights in the middle of the night
I’m gettin’ my way like a kid in a candy store
I think you got what I want
And by the end of the night when you hot like a light,
In the beat cause you and me burned up the floor
And if you own what I want, then you already know

This song is seriously just one of those fun dance tracks, you wanna like rock out to. It’s basically purely about physical attraction…nuff said, J.T. lol (can you say rock your body?…so much greatness!)

So my last few thoughts on this amazing album consists of me being the proudest #Timberlaker/#JustinJunkie EVER!  It’s funny because a lot of my family and friends know my obsessional love for him, so they  are like reaching out to me telling me how they like the new music. My friend Lauren text me the other day saying that she’s becoming a huge J.T. fan because he’s just so good! (music to my ears!) It’s so much fun for me to see how he’s gaining more and more fans! I’d like to take just a bit of the credit, I’m pretty much a walking spokesperson to those around me. haha.

You can really tell how much of himself he put into this album. I don’t think he held back for a second! It really shows he took his time, he DEFINITELY didn’t rush it! lol. And I think keeping it such a secret made it even more exciting, because no one expected his return, which as a fan was a nice surprise after waiting so long. But since I know my boy so well, I knew when he chose to come back it would be in style. I had a feeling he had music up his sleeve, someone who is that connected to music can’t just go on for too long  not making it, especially someone so good at it! And he’s even got more tracks coming….it’s funny my initial thought when I saw the album only had 10 songs (not including target’s exclusive bonus tracks) I was kinda like J.T. 10 songs that’s it, after almost 7 years? I know you have more in you…and would you look at that he DOES! I swear homeboy secretly reads my mind. We’d totally make awesome besties, but I can’t make any promises that I won’t try to steal him away from Jessica? Just Kidding…sort of 😉

So hats off J.T. a true musical artist ❤

So there ya have it my complete Album Review, and for more updates on the 20/20 experience, visit JustinTimberlake.com for inside info on Justin’s album making process. He’s been giving his take on each song, plus behind the scenes photos and videos.

There was new info for every day this week, unlock the content and Enjoy!

Until Volume Two… (rumored to be out this November!)

Plus #michelleleighoriginals back next week!