Due to strong language & some violence 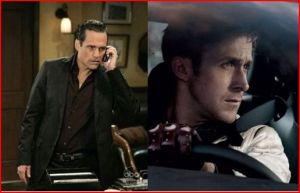 Reeves: Meet me at my office now.

Carter: You better have a plan for this…

Carter hangs up his phone and picks up his driving speed.

Carter: So… what is it, huh? What’s so important that you’d risk your own daughter’s life for! 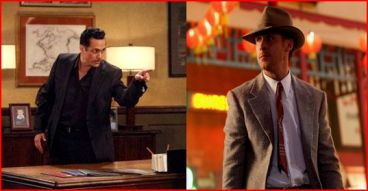 Reeves: Hey! Don’t come into my office and talk to me like that, ok? I can easily have you removed.

Carter: Once again, you’d rather prove your power than worry about anyone else.

Reeves: Will you shut the hell up! Don’t tell me how I feel about my own daughter. Lexie’s my life. I love her. I would do anything to keep her safe.

Carter: Really…is that why she’s in the basement of some shit hole being terrorized by your greatest enemy?

Reeves: I realize you need someone to blame right now. But I think you and I both know that Lexie was protected, there were guards all around. So whoever did this knew what they had to do to get around and were slick about it. Skully’s men are lethal and they must have been planning this for months.

Carter: We have to get her out of there. (Carter’s eyes water)

Reeves: And we will. But the only way we’re gonna be able to do that is by working together.

Carter: Agreed, but we’re gonna need help. Are Brice and Joe around?

Reeves: Brice is. I fired Joe.

Carter: Damn it. As much as I hate to say it, I know Joe cares about Lexie he would’ve done anything to help her.

Reeves: Yea well don’t worry Brice will get the job done; in half the time and without the hassle. He’s got good instincts.

Brice: Whatever you need.

Reeves: Look before we get into this thing. You both need to understand something. Skully’s a dangerous man. I know you’ve heard it, but you’ve never really had to deal with him up close and personal. And well this, this is us putting ourselves right in the middle of it. We’re walking into the lion’s den. I need to know that you’re ready, that you can handle it? Because Lexie’s life depends on it.

Carter: I can handle it, Lexie’s my life too. 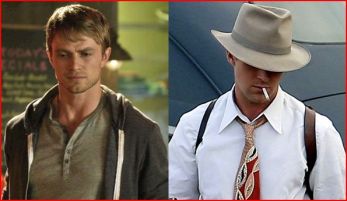 Carter: And what about you…do you have whatever it is that you owe him? Because I swear to god if this is about money, this is total bull shit, you’re loaded you could have paid him off years ago. And all this shit would have never had to happen.

Reeves: It’s not money he’s after Carter! Hell, you think if that was all he wanted I wouldn’t have settled it already…what he wants is something he’s never getting.

Carter: What the fuck is wrong with you? Your daughter’s life is on the line, you just said it.

Reeves: He wants respect after he killed my wife. He wants to walk around like nothing ever happened. He’s pissed he had to do time..which was only a few good weeks before his people worked their magic and got him out. If you ask me the judge was on his pay roll the whole damn time.

Carter: So this is all about a fucking truce? Fucking give it to him then.

Reeves: You don’t understand Skully. He doesn’t really want a truce. He’ll make it seem like he does, just long enough to make you let your guard down, let you think that the world is a little less corrupted and a little less full of malice and hate. And when that happens…he strikes.

Reeves: Carter…I know you don’t understand why I’m being this way. Believe me, I would gladly drop this revenge plan against Skully if I honestly thought that it would end things for good, and if I

thought Lexie would be able to stay safe. But he’s evil. This is just another one of his mind games. The only way this will truly be over is if we’re twice as ruthless as Skully, beat him at his own game… we need to end it… end him. I refuse to lose my daughter the way I lost my wife.

Carter: Then what are we waiting for. (starts to walk toward the door)

Reeves reaches into a desk draw and hands Carter a gun.

Lexie sits gagged, blindfolded, and strapped to a chair in a cold deserted run down warehouse basement.

She hears a shuffling of feet and she begins to squirm.

A large broad shouldered man emerges from the shadows walks in he takes off her blindfold and ungags her and sets a plate of food in front of her.

Lexie’s eyes fall upon the partially shadowed face, she focuses and gasps

Lexie: What are you doing here?

Joe: Oh didn’t you hear? I work for Skully now. (smirks wickedly) Eat up Lex, don’t want your food to get cold.

*I do not take credit for any of the photos*