This is just the story that will never end.

Did you miss us?

Skully: And what could you possibly know about my family, boy?

Carter: Not much…thankfully. Remind me to thank my mother Joan…although you may know her as Joan Langston.

Skully looks at him.

Carter: Why… like the man said…it’s a family affair. Right dad? 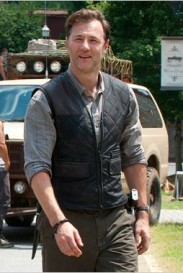 Skully: You mean to tell me, you think you’re my kid?

Carter: Believe me I wish I wasn’t.

Skully: (laughs) Oh please, there’s no way you’re my kid, you’re too much of a sissy.

The armed men around inch closer, guns raised at Carter.

Joe, Brice, and Reeves raise their guns against the men.

Carter pushes Lexie behind him, shielding her.

Skully: (laughs) Alright. Ballsy. I’ll give ya that. 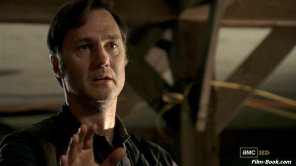 Armed Man: Boss, you say the word and I’ll blow his head off.

Skully: Easy, easy. The fun’s just getting started. No need to end it so quickly.

Skully: Get used to it baby. After all

Carter glares at him. 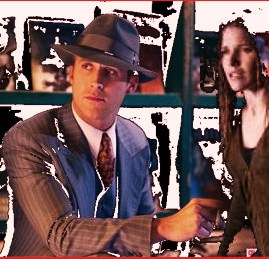 Skully: You wouldn’t kill dear old dad would you?

Carter: (laughs) I wouldn’t be so sure. After all, the apple may not fall far from the tree. I think I’ve got a bit of ruthless left in me. You wanna test me and find out?

Skully puts his gun in his belt, and gestures his men to lower their weapons.

Skully: Ok, ok. I hear ya. Let’s just talk this out, huh? No need for bloodshed between family.

Skully: See… now she may be a problem, son?

Skully draws his gun quickly without warning and shoots at Lexie. 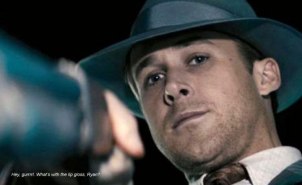 Skully falls to the ground.

Reeves, Joe and Brice shoot out the armed men before they have the chance to

respond, as the shootout becomes a loud explosion of

to the floor echoing slightly. The fight that was years in

the making had finally come to the surface in nothing less than an expectant bloodbath. 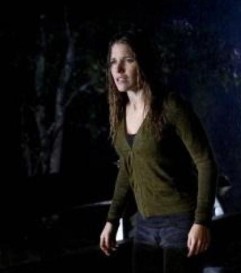 Carter: Lexie! Hey, are you ok?

Lexie doubles over, her hand over her shoulder.

She moves her hand and there’s blood all over her.

Carter grabs her as she leans on him for support.

Brice rips his cell phone from his pocket.

Brice: There have been shots fired at a warehouse a fear miles off the highway, multiple deaths and a woman in need of medical attention, she’s suffering a gun shot wound to her right shoulder. We need an ambulance now!

911 Operator: An ambulance is on its way.

Carter: Lexie. Lexie… stay with me baby. Stay with me.

Carter’s eyes begin to fill with tears, he holds onto Lexie, wanting to protect her. But it’s a little too late.

Reeves pulls his jacket off quickly and hands it to Carter.

Carter applies it to Lexie’s wound to try to stop the bleeding. 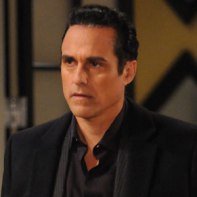 Lexie: Carter. (her breathing shallow, she motions for him to move close to her, he bends his ear to her lips) The baby. Take care of the baby.

Lexie whispers in his ear. And her eyes close.

Reeves: (stutters in fear) Carter is she…

Carter’s tears are unfiltered at this point as they spill onto his cheeks. 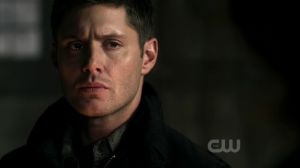 Joe: She’s still with us, she just passed out from the pain, but her pulse is weak…where’s that damn ambulance!

Skully lies on the ground bleeding out from a gun shot wound to his chest. Unable to move. Surrounded by his defeated army. A once fierce, ruthless man, now helpless and left at the mercy of the people he despised for so long. A victim to the battle he started.

Reeves looks over at him and notices him still breathing. His eyes narrow and the pure hate is evident. He gets up and walks over to where Skully lies.

Reeves: You know you should sit here and rot in pain until your last breath for everything you’ve done, for what you just did. But some may call leaving here you suffer inhumane. Of course the ambulance is on it’s way, you may have a fighting chance. I on the other hand have the ability to take you out of your misery right now. Hell the truth is I need to see you dead. With my own eyes, I need to see it. I told you, you wouldn’t make it out of this alive…and I don’t like to go back on my word. Besides, you’re right we are carved from the same stone. The only difference is I don’t get joy out of ending a life. But I will now. In fact I’ll be proud to say I have your blood on my hands, you sick psycho pathetic bastard. No one hurts my family and gets away with it. Your time is up Skully. Rot in hell.

Reeves raises his gun and shoots Skully in the head, as his body lies there lifeless. Reeves walks away with no regret and the cold hearted shell of a protector he is, is finally shown.

Family is worth risking it for. In Reeves’ eyes, hurting Lexie was Skully’s final act and it was what caused his death.

The ambulance is heard in the near distance, and Carter lies in the debris with Lexie in his arms.

Catch up on all the action HERE!

Starting from the very beginning!

(tweet me @Shellbelle91 or leave me some feedback here!)