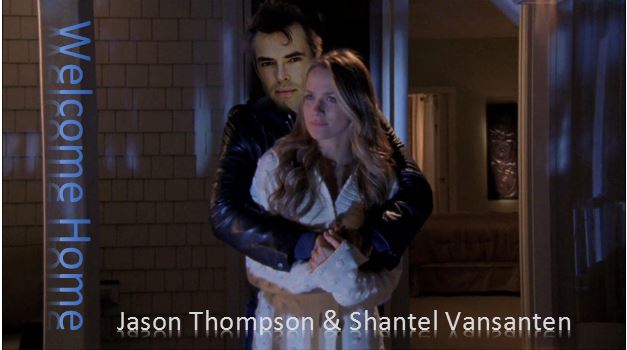 Melanie steps out on her front porch, wrapping her long knit sweater tighter around her, as she folds her arms over her chest. She looks out into the town she’s always known.

Kids running around playing tag, couples riding bikes, a family throwing around a football. The freshly fallen leaves kicking up in the commotion and the wind.

Smiling to herself, Melanie walks over to her porch swing. She sits and begins to rock gently.

Stopping after a short time her eye catches something, she stands and walks to the end of the porch, placing her hand on the railing. Her fingers run over an imprint-Oliver and Melanie 4 Ever.

She smiles as she sees his face flash in her mind.

“What are you doing?” he asks as she carves the first few words.

“Nothing,” she says with a sly smirk and glances over at him before resuming the task at hand.

“You’re parents are going to kill you.”

Oliver peers over her shoulder and wraps his arms around her.

Turning in his arms, she faces him, smiling.

“What, you have a problem with that?” Melanie says is her sassy tone.

“Not one.” He says smiling as he inches his lips toward her before planting a kiss on hers.

“I love you,” he says whispering, his eyes staring into hers.

“I love you too,” she says leaning up to kiss him.

They part ways and share a small nervous laugh.

“I was really nervous to say that.” He says looking down.

“I don’t know. I mean don’t get me wrong I wanted to say it, I’ve been dying to say it. It just never felt like the right time. I wanted it to be perfect. I know I’m such a dork.” He says laughing at himself.

“You’re not a dork. You’re perfect,” she kisses him with a sweet peck.

“I just -sometimes I worry I’m too much for you.”

“What? Ollie?” she says cupping his face in her hands. “That’s crazy!”

“No. I just mean that like- I know I can come on kinda strong. (he pauses trying to search for the words to explain) You mean a lot to me. I’ve never felt like this before, I don’t always know what I’m doing.”

“Everything you’re saying I’m feeling that too.”

“Yea, this is all new to me too. But I love you and I want to see where that takes us.”

He smiles at her brightly as he pulls her into a kiss.

“I am so happy to hear you say that. I love you,” he kisses her.

Melanie smiles up at him, her eyes beaming with love and hope.

Melanie is brought back to reality as she hears a scuffle of feet.

Her childhood friend stands at the top of the porch steps, knocking on the wooden panel. 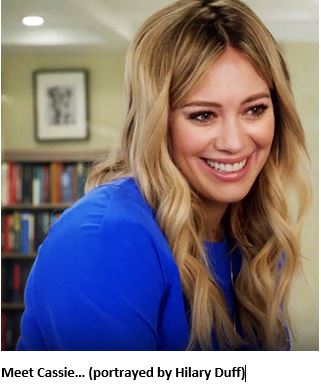 “Cassie!” Melanie says smiling brightly as she rushes to her, embracing her in a hug.

Melanie’s tears cannot be held in anymore, as they spill from her eyes.

“I’m sorry. I’ve been trying to keep it together, but I guess all of the nostalgia, it’s just…” She says wiping her eyes.

“Yea. I mean sometimes I am so happy to be home to see you and my family. But then I get this anxiety. I feel like I’m drowning in everything that happened and in my regrets of how I handled it all.”

“Mm, that’s understandable. What you went through was traumatic.”

“I know but it’s been years, I feel like I should be rounding some corner.”

“You can’t be mad at what you feel. Or how long you feel it. There is no set way in how to deal with this situation. And there isn’t any right or wrong way either.”

“Really because I think if you asked anyone if my leaving was the right or wrong choice, they’d say wrong.”

“You know I love you, and I will forever be here to support you, but even I will admit, I couldn’t believe it. But at the same time, you did what was right for you. And god help Oliver, he understands.”

“Yea it is. He still understands why you did what you did.”

“So you’ve spoken to him, recently?”

“Come on Mel, that’s no secret. You know I’m with Dave, and Oliver is Dave’s best friend,” she says shrugging awkwardly. “I’m not trying to hurt you. I’m not picking sides, I don’t think there are sides.”

“Let’s talk a walk, yea?” Cassie says talking her by the hand and pulling her toward the steps.

“Yea, I think I could use some fresh air, to clear my head.”

Cassie and Melanie set off to walk through town.

As they pass house after house, the cool breeze chilling the air, Melanie looks around taking it in.

Memories floating throughout the air.

Melanie looks over at Cassie with a simple smile.

“Duh?” she smiles as they walk into the shop.

“I’ve got it…hazelnut latte right? (Melanie nods with a smile), why don’t you grab a table?”

“Ok I’m on it.” She says turning and walking toward a table.

She sits and takes her coat off, settling in.

Melanie looks around and smiles feeling the warmth of the heat and the smell of coffee beans and baked treats.

The bell above the store door chimes and in walks Dave, Melanie looks up and smiles faintly as the lines of their vision meet. Immediately, Melanie’s stomach drops when Oliver soon follows behind him. 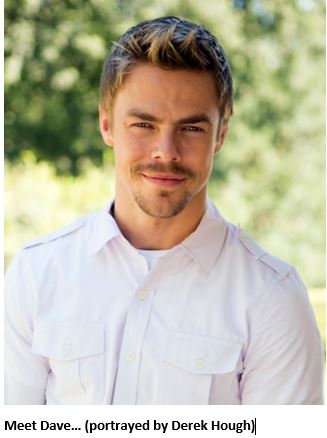 Dave stops short and Oliver looks at him questioningly, until he sees Melanie sitting there before him, he too stops dead in his tracks.

Cassie turns around with the coffees in her hands to find a sight to behold. Her jaw drops and instinctively she wants to jump in, but gives it a beat.

Oliver’s eyes lock on Melanie, unsure of what to do, he stands there, hands in his pockets. Wanting to say so much. Melanie bites her lower lip and looks down, her hands clasping at each other- trying to feel grounded, to be present, to feel some sense of control. Anxiety creeping in, taking over.

“Hey guys, babe.” She says kissing Dave on the cheek. “Why don’t you and I take a walk, give these two some time to catch up?”

Dave looks between the two star crossed lovers, a glimmer of intensity in Oliver’s eyes and a fear like no other in Melanie’s.

Cassie exchanges a look with Melanie as she hands her the latte, a look of reassurance.

Melanie takes a sharp breath in.

“I guess we’ll see you guys later. Good to see you Mel. We’ll have to catch up.”

Melanie nods, “You too, and absolutely- I’d like that,” she says smiling faintly.

Oliver stares on. Unable to take his eyes off her.

“See ya bro,” Dave says patting Oliver on the shoulder as he takes Cassie’s hand and walks them out of the coffee shop, the bell chiming startles Melanie.

“May I?” Oliver says gesturing to the chair across from her.

“So…what’s it been Mel…5 years since we’ve actually had a full conversation?” he says his voice holding a light joking tone, his smile sweet, his eyes flickering with a familiar spark.

“Sounds about right, give or take a few.” Melanie says looking down at her coffee, avoiding his eyes.

“It’s good to see you Mel, You look amazing.”

“Thank you. You too. I like the beard.” She says trying to smile.

“Thanks, I figured winter’s coming. Why not, right? So how are things, how’s New York?”

“I hear that,” he says knowingly. “So Cassie mentioned you’re working with a new publishing company?”

“How’s that going? You write that book of yours yet?” he says smiling.

“Not quite. I’m more in charge of seeking out new writers these days and getting their work published.”

“What? Why? You’ve always wanted to get your own book published, what happened?”

“What do you think happened?” she says looking up at him.

Melanie looks away, her eyes welling up.

“I can’t do this. I’m sorry,” she says getting up grabbing her coat, she rushes out.

Oliver starts to get up to follow, and then stops himself. Sitting back down, he runs a hand through his hair in frustration with the distance that has wedged itself between the two of them. He stares looking after her.

Melanie splashes cold water on her face and looks at her reflection in the mirror.

She says looking at herself.

Sinking to the floor, her tears fall freely.