The constant tricks of a F.R.I.E.N.DS. reunion

All making comebacks and bringing us back into a world we once treasured and still do.

Awesome? Or should we leave well enough alone.

Should stories be reinvented and revisited to fit current times or should they have ended where they did?

Is this nostalgic culture hindering our plans to move forward?

The 90’s kids have been labeled the nostalgic generation.

The past decade has left such an imprint on my soul that it both excites and pains me to see something from that time.

Buzzfeed you get me.

Lisa Frank and Smackers lip products take on a whole new meaning to me now.

Back then they were just the cool fun thing, now they are the epitome of my childhood brought to the surface. 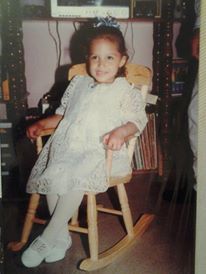 Because it brings me back there.

To something that has long since been over.

The simplicity of it.

The carefree nature of a child is untouchable.

The idea that the world is this open, honest forum to do with what you please.

This idea that you can be anything and everything you want.

No-one telling you, you can’t or you won’t make it.

And the possibility for anything.

The possibilities were endless.

One day maybe you’ll be a ballerina!

The next a teacher!

The day after that a ballet teacher!

The future was grand.

But now those 90’s babies are in their 20’s and the real world is kicking in and we are realizing it moves faster than we ever could have thought. And that maybe it’s not as nice as we thought either. That it’s going to take a little more than wishing on a star to make your dreams come true.

Enter the internet and boom…total chaos!

Growing up I never had a laptop. I was lucky I had a house computer.

But I would get yelled out for being on it for too long, because well you couldn’t get through to the house phone if someone was on the internet. Let’s hear it for dialup!

I didn’t even have my own cellphone until I got to high school, up until middle school I shared one with my mom! #firstworldproblems

It wasn’t until I was in high school that I even considered getting a Myspace.

And even then the thought of putting my life online creeped me out.

And yet a decade later here I am typing this to you, sharing my thoughts with people I don’t know.

Now, if you’re not on all these platforms you’re somehow deemed irrelevant or let’s face it… a hermit.

I think change can be good, but it’s dealing with that change and accepting it that makes it hard for us to move on.

Because maybe we convince ourselves that the best years are gone.

When really we haven’t seen anything yet.

So it’s ok to feel nostalgic.

Just don’t allow yourself to dwell in it.

I really need to learn to take my own advice.

If you find yourself mourning the past, understand you’re not alone, we’re in this together.

Because there is always going to be a next chapter.

There are going to be new faces, new adventures, new locations, new things that are going to come in and out of your life.

Some may be easier to let go of then others.

Some may fight their way into your heart and stay for good.

But you will always have your memories no matter what. So take your real pictures along with your mental pictures and hold them in your heart. Because some moments you can’t catch on camera.

Because one day you’re gonna be telling your kids all about the 90’s and 00’s and maybe they’ll be into it.

And you can relive it with a fond memory with your feet rooted in the present. Because where you’ve been is important, but where you’re going is even better. Be present. And enjoy. And keep your fingers crossed for a real freakin *NSYNC reunion..(I’m never letting that one go!) 😉 #FangirlLife #SorryNotSorry

Notice…my best friend dressed up as baby spice for Halloween…too bad I didn’t get a shot of her in her pleather shiny pink jacket.

Playing Dress Up. I was clearly getting married and she was my maid of honor. #goodtimes

Check out my paten leather BABY blue back pack…oh baby blue was a major thing! #IBlameJustinTimberlake